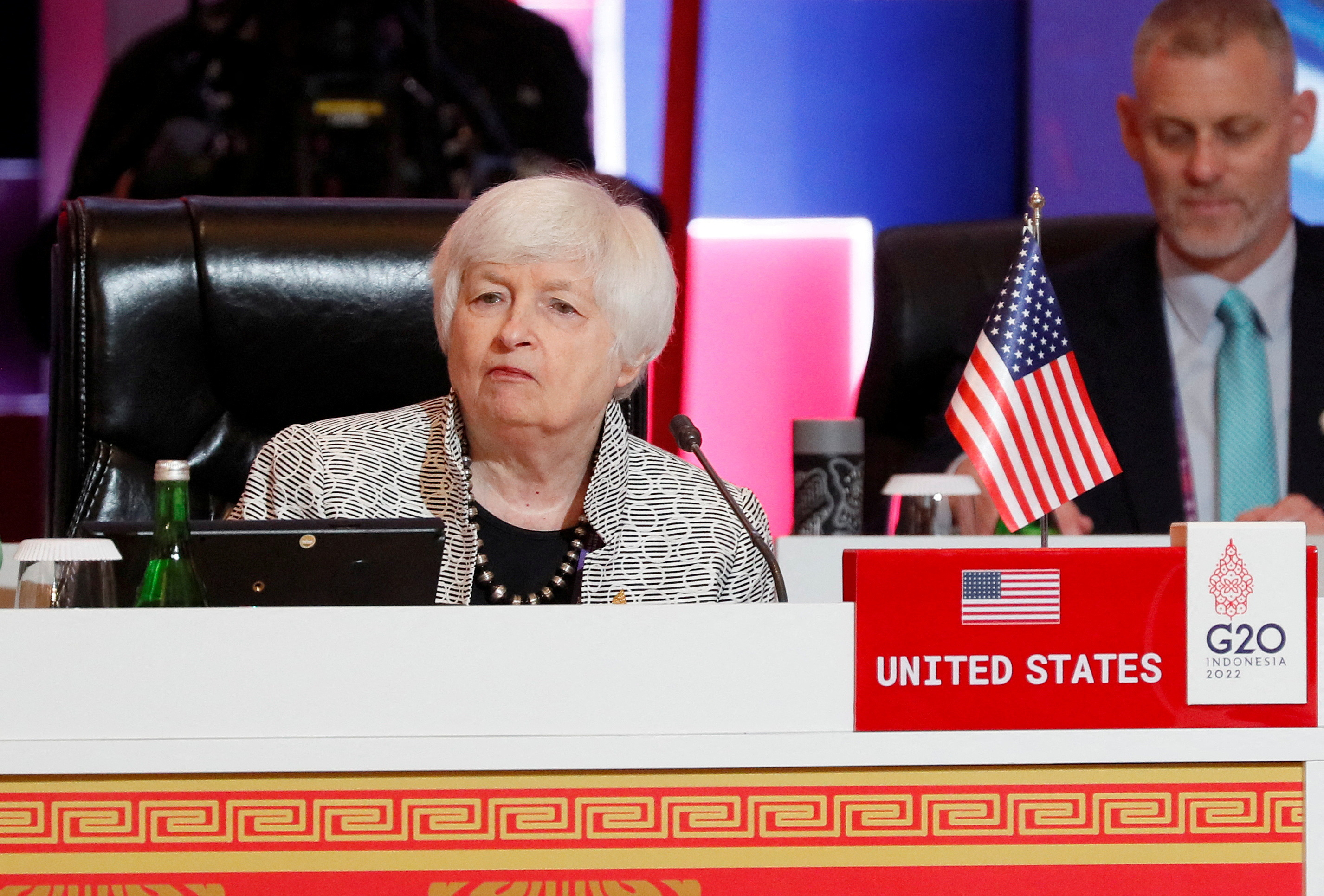 U.S. Treasury Secretary Janet Yellen is due to speak with China’s central bank governor Yi Gang on Wednesday in a meeting that she said she hopes would reveal new insights into China’s policy plans and lead to more economic engagement between the two countries.

The meeting will take place on the sidelines of the G20 summit in Bali, which has been overshadowed by news that a rocket fell on NATO member Poland, killing two people and raising concerns that the Ukraine conflict could spill over its borders. Leaders of G7 and European nations at the summit were meeting over the situation.

Yellen also will hold her first meeting with Italy’s new economy and finance minister, Giancarlo Giorgetti, on Wednesday as the G20 summit winds down.

In the meeting with Yi Gang, first reported by Reuters, Yellen and Treasury officials said that they would to seek more clarity on China’s plans to ease its COVID-19 lockdown that have curtailed its growth and restricted its supply chains and how Beijing will deal with problems in its massive property sector.

Yellen is prepared to discuss with Yi the outlook for U.S. inflation and growth, but will likely leave monetary policy plans to the Federal Reserve, the officials said.

While there were blunt discussions over Taiwan and North Korea, human rights and trade policies, the two leaders both stressed the need to get U.S.-China ties back on track, with Biden saying he wanted to “manage this competition responsibly.”

Yellen said on Monday that she hoped the meeting would lead to increased economic engagement between the two superpowers.

Among lingering economic tensions between Washington and Beijing are tariffs imposed by former president Donald Trump on hundreds of billions of dollars worth of Chinese imports annually.

Yellen had argued earlier this year that eliminating tariffs on “non-strategic” consumer goods, would cut costs for businesses and consumers amid high inflation, but Biden refrained from taking action to ease the duties after China’s furious military reaction to a visit to Taiwan by U.S. House of Representatives Speaker Nancy Pelosi in August.

U.S. Trade Representative Katherine Tai is now conducting a statutory four-year review of whether to keep the tariffs in place.