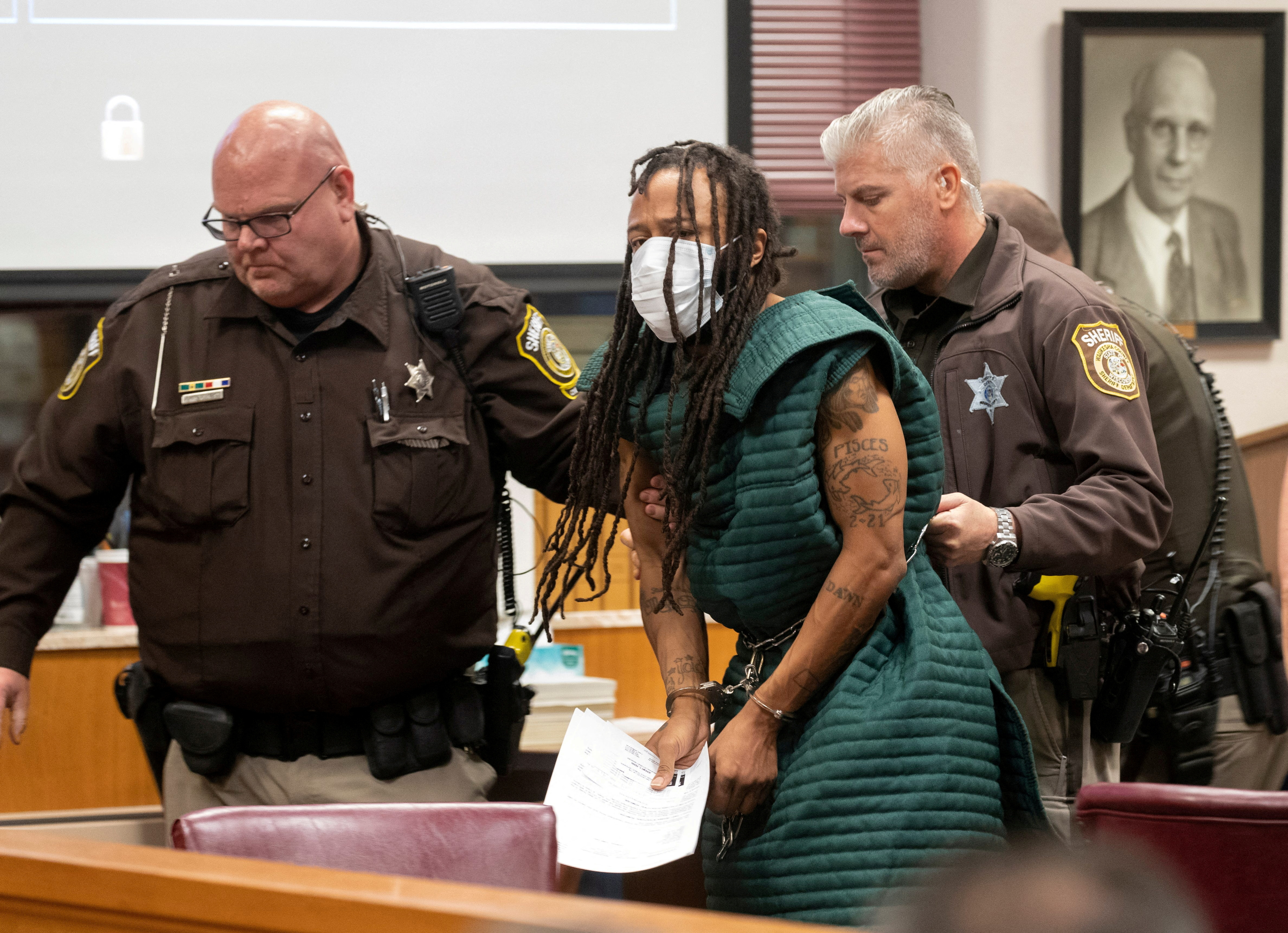 A Wisconsin man convicted of killing six people and injuring dozens more when he drove through a Christmas parade near Milwaukee last year was sentenced to life in prison without the possibility of parole on Wednesday.

The judge symbolically added at least another 1,067 years to the life sentences to underscore the severity of the crimes for which she said Brooks showed “no remorse, no empathy.”

“Some people choose a path of evil. And I think, Mr. Brooks, you are one of those such persons,” Dorow said, adding that video evidence presented at trial “kept me up at night.”

Brooks deliberately drove a sport utility vehicle through police barricades last November and plowed into crowds of people participating in the annual parade in Waukesha, about 15 miles (25 km) west of downtown Milwaukee.

Brooks, shackled while wearing an orange jail uniform, acted as his own attorney and spoke for two hours before the sentencing. He briefly acknowledged the victims while mostly detailing his need for mental health treatment.

“I want you to know that not only I am sorry for what happened, I am sorry that you cannot see what is truly in my heart and the remorse in my heart,” Brooks said as he wept during his statement in a packed courtroom.

The judge previously found that four separate psychological and psychiatric evaluations determined he was competent to stand trial.

The two-day sentencing hearing began on Tuesday when dozens of relatives of those killed and injured along with victims who survived the incident told the court about their loved ones and confronted Brooks. Many spoke of suffering survivor’s guilt and post traumatic dress disorder that for some is triggered by the sound of a siren or screeching tires.

“Today is our day. Today is for us. Today is so we can take our handful of dirt, throw it on his grave and move on,” said Chris Owen, whose mother Leanna Owen, 71, died in the attack.

Leanna Owen was performing with her troupe known as the Dancing Grannies when she was struck and killed. Five others, including an 8-year-old boy, were killed in the incident while more than 60 others were injured, including at least 18 children.