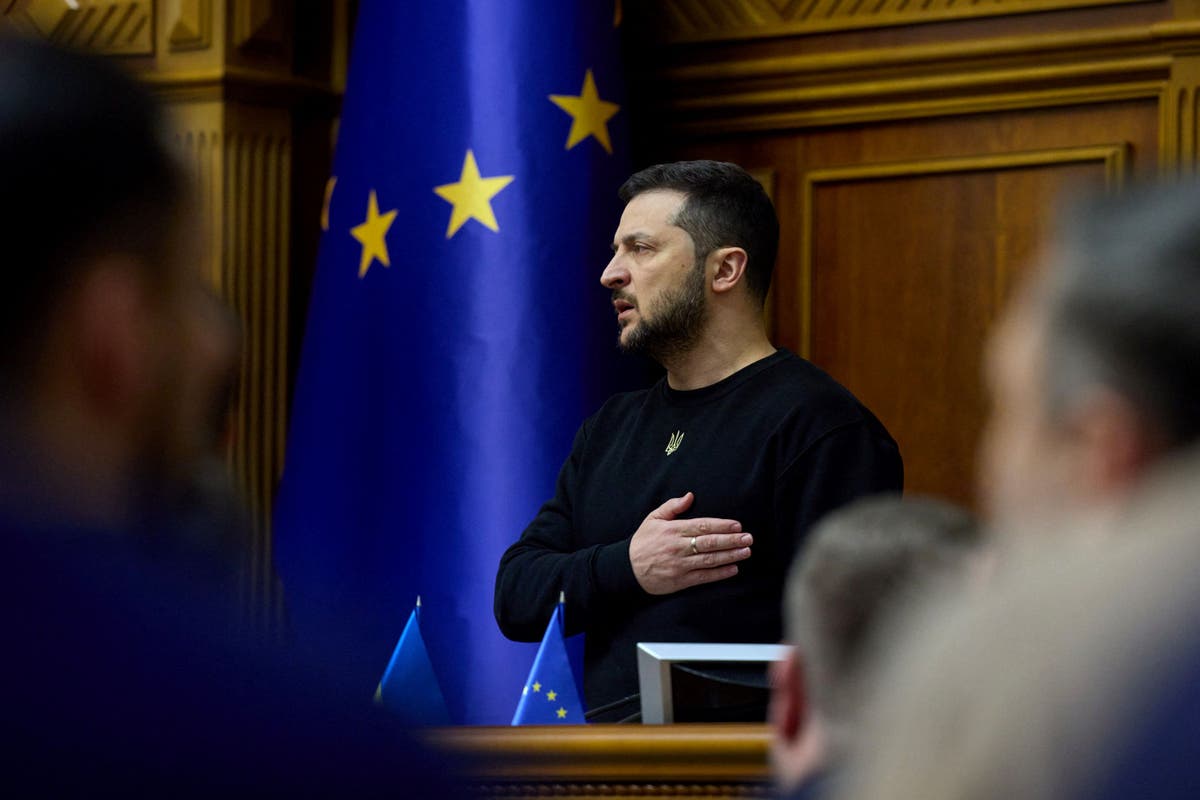 The departure of officials includes a deputy prosecutor general, a deputy head of the president’s office and a deputy defence minister.

Some, but not all, of the resignations were linked with corruption allegations.

Ukraine is under international pressure to tackle its history of graft as it receives hundreds of millions of pounds of aid to defend itself against Russia’s invasion.

“There are already personnel decisions – some today, some tomorrow – regarding officials at various levels in ministries and other central government structures, as well as in the regions and in law enforcement,” said President Zelensky in an overnight video address.

The president’s office said it had accepted the resignation of Kyrylo Tymoshenko as its deputy head, with no reason given.

The 33-year-old worked on President Zelensky’s election campaign and had been in his post since 2019, overseeing Ukraine’s regions and regional policies.

He had been criticised by Ukrainian media for driving sports cars during the invasion, but he denied wrongdoing and said the vehicles had been rented.

A deputy prosecutor general, Oleksiy Symonenko, was also removed from his post “according to his own wish”, the Prosecutor General’s Office said.

Symonenko had been criticised for what media outlets said was a 10-day holiday with his family in Marbella in Spain over New Year despite the war with Russia. Mr Symonenko has not commented publicly on those allegations.

Although he did not mention any officials by name, Mr Zelensky announced a ban on officials taking holidays abroad.

“Ignoring the war is a luxury no one can afford,” he said. “If they want to rest, they will rest outside the civil service.”

The ministry said the allegations were groundless but that Shapovalov’s resignation was a “worthy deed” that would help retain trust in the ministry.

It is the biggest shake-up since the head of the SBU security service and state prosecutor general were removed from their posts last July.

President Zelensky said at the time he had considered them close allies, but said they failed to root out traitors in their organisations.

He said the casualties all lived in the same house, which suffered a direct artillery hit.