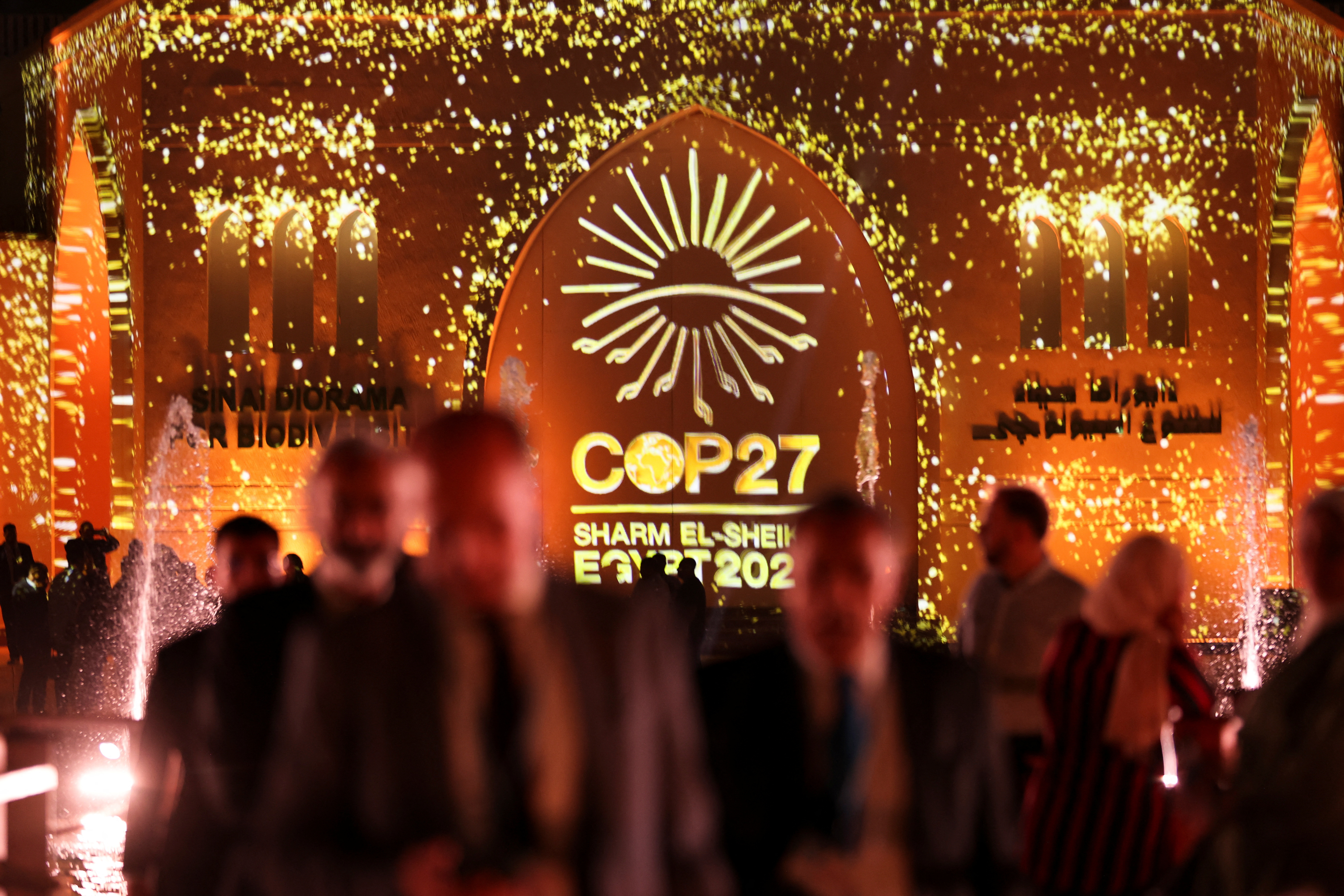 People pass in front of a wall lit with the sign of COP27 as the COP27 climate summit takes place, at the Green Zone in Sharm el-Sheikh, Egypt November 10, 2022. REUTERS/Mohamed Abd El Ghany

The U.N. climate agency published a first draft on Thursday of what could be the over-arching agreement from the COP27 climate summit.

The document, labelled a “non-paper” indicating it is still far from the final version, repeats the goal from last year’s Glasgow Climate Pact to “to accelerate measures towards the phase down of unabated coal power and phase out and rationalize inefficient fossil fuel subsidies.”

It does not call for a phase down of all fossil fuels, as India and the European Union had requested.

The text does not include details for launching a fund for loss and damage, a key demand from the most climate vulnerable countries like island nations. Rather, it “welcomes” the fact that parties have agreed for the first time to include “matters related to funding arrangements responding to loss and damage” on the summit agenda.

It does not include a timeline for deciding on whether a separate fund should be created or what it should look like, giving time for negotiators to continue to working on the contentious topic.

The document is based on requests that delegates from nearly 200 countries have sought to be included in the final deal. It will provide a basis for negotiations over the coming days that are likely to substantially flesh out and rework the text. read more