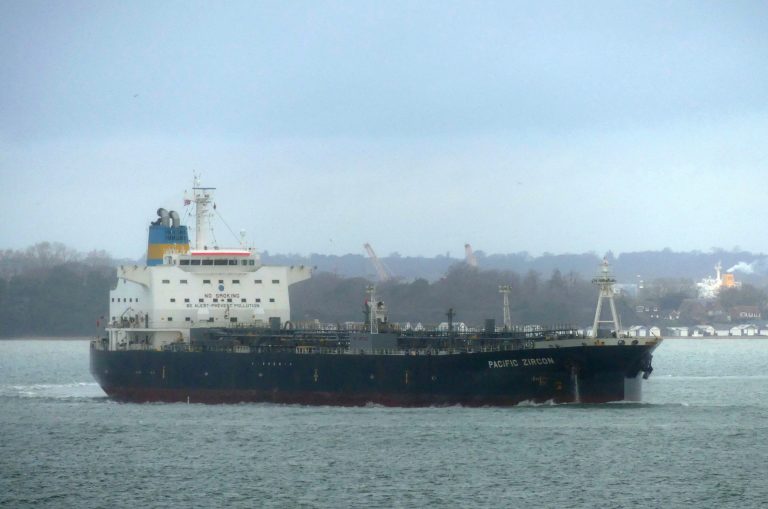 DUBAI (Reuters)—A tanker was hit off the coast of Oman on Tuesday, sustaining minor damage to the hull with no injuries or spillage of the gas oil cargo, Israeli-controlled Eastern Pacific Shipping said on Wednesday and an Israeli official said Iran was responsible.

Three maritime sources told Reuters that a drone was suspected to have attacked the tanker. An Israeli official said Iran was responsible for the attack, using a Shahed-136 drone, the type it has been supplying to Russia for use in Ukraine.

Iran’s Nournews, which is affiliated with the country’s top security body, blamed Israel for the attack and said the “Hebrew-Arab axis” aimed to create a “charged atmosphere” ahead of soccer’s World Cup that starts in Qatar on Sunday.

It was an apparent reference to a regional axis formed when the United Arab Emirates and Bahrain forged ties with Israel in 2020, partly driven by mutual security concerns over Iran. The UAE and Bahrain were among four Arab states that had boycotted Qatar in a row that was largely resolved early last year.

Eastern Pacific Shipping, which manages the vessel, said it was investigating the incident involving the Pacific Zircon tanker approximately 150 miles off Oman. All crew were safe and accounted for, it said.

“Preliminary reports indicate the vessel…was hit by a projectile,” said the Singapore-based firm, which is controlled by Israeli billionaire Idan Ofer. “There is some minor damage to the vessel’s hull but no spillage of cargo or water ingress.”

Gulf waters have in recent years seen attacks on tankers that have come at times of heightened regional tensions with Iran. In July 2021, a suspected drone attack hit a petroleum product tanker managed by an Israeli firm off Oman’s coast. Iran denied accusations it was responsible.

According to shipping tracking site MarineTraffic, the Pacific Zircon was last seen off the coast of Liwa, Oman on Monday morning. It departed from Sohar, Oman on Monday afternoon with its destination set as the port of Buenos Aires, Argentina.

Separately, two sources told Reuters that Greece and Iran reached a deal for the release of two Greek-flagged tankers that had been seized by Tehran in the Gulf in May in response to the confiscation of oil by the United States from an Iranian-flagged tanker in Greece. Ship tracking data showed the vessels underway from Iran.