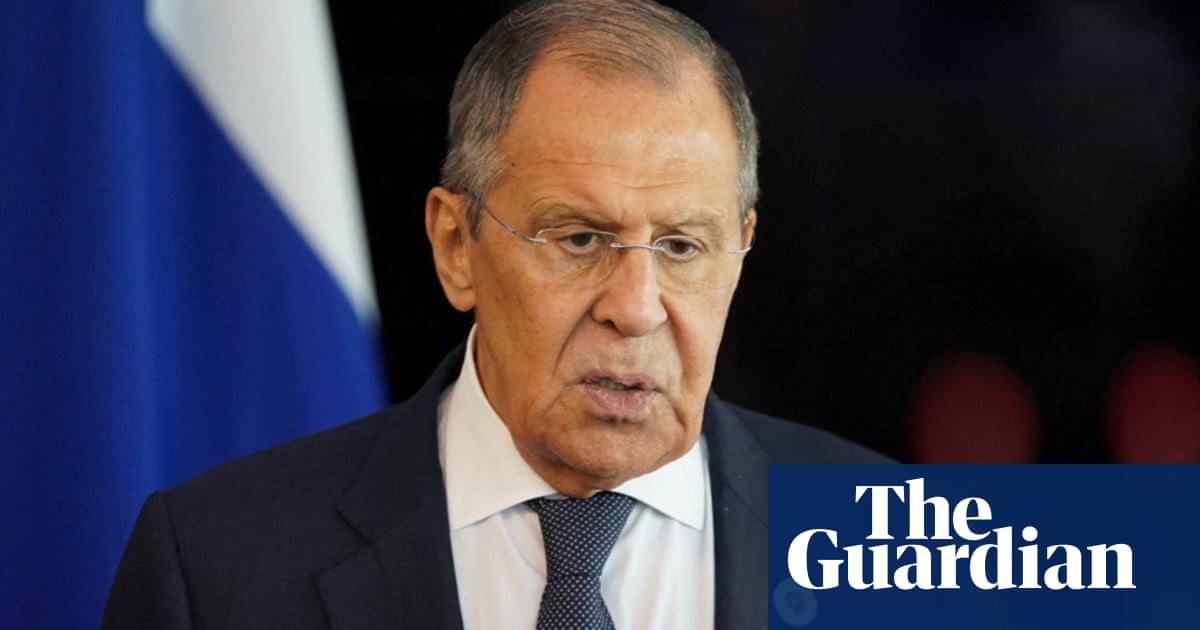 If Sergei Lavrov, the 72-year-old whiskey-drinking Russian foreign minister, had indeed experienced a heart flutter soon after stepping off the plane in Bali it would have been understandable for a man who has been cast by his leader as his stand-in punchbag at the summit.

Viewing the forces arrayed against him at the G20, President Vladimir Putin deputed Lavrov to attend the two-day event in his stead, and for a brief moment it appeared to have been too much. News agencies reported Lavrov had been sent to hospital for a checkup, only for the Russian foreign ministry to rush out a picture of Lavrov in shorts, sporting an Apple watch and Jean-Michel Basquiat-inspired T-shirt, thumbing his notes for his first address at the summit on Tuesday. 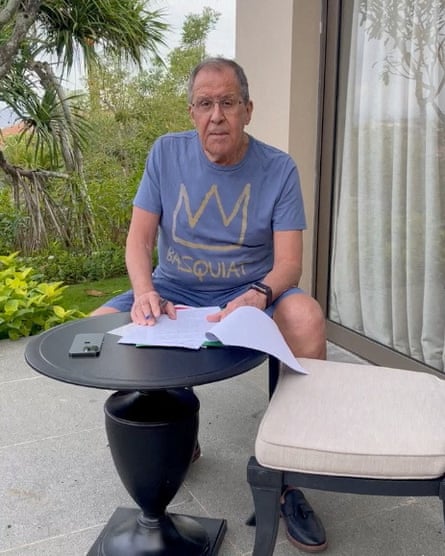 The Russian foreign ministry had a field day denouncing what it called western propaganda as a high-level lie.

Oddly, if Lavrov has succumbed to ill-health, it would have been a moment of genuine regret for some western diplomats, who over two decades have become inured to this fixture of Russian diplomacy.

“He is a rogue,” said one western diplomat, “but we all know his outbursts are stage-managed and calculated. It’s all smiles afterwards. He is a professional.”

Born in 1950 towards the end of the Stalin era to diplomatic parents, he was educated at the elite Russian Institute of International Relations before ascending to become Russia’s envoy at the UN, where for a decade he lived through the trauma of the collapse of the Soviet Union. At the time, the then US secretary of state, Condoleezza Rice, said Lavrov seemed a man unmoored by the fate of his country.

Appointed foreign minister in 2004, he has since then through successive US administrations developed a Putinesque revulsion for all western ideas, if not all western consumer durables. At one point, he said all the ills of the 20th century colonialism, two world wars and the cold war lay at the door of American arrogance. He has clashed with the US over Iraq, Iran, Syria and now Ukraine, all the while well briefed and loyal to his own motto, “Do not rush but pursue your goals stubbornly.” The constant theme has been the need to end the US monopoly on the international order.

But he also knows when to stop the verbal onslaughts. He once ended talks with the then US secretary of state, John Kerry, with a post-midnight dinner at the foreign ministry’s guesthouse and a toast to the American B-50B bomber that made the world’s first nonstop flight around the world in 1949 – with a wine of that year’s vintage.

The number of secretaries of state that have come and gone during Lavrov’s period at the foreign ministry – seven – is a testament to his longevity and usefulness to Putin, even if he is not seen as part of the inner sanctum of decision makers. To have survived that long given his intake of whiskey, vodka and cigarette smoke is a tribute to his reliability for Putin, but also a reproach to health advocates worldwide.

Apart from ice hockey and football, Lavrov is said to be happiest going white water rafting and fishing with friends in Siberia.

It is in the last year that he has faced his most punishing time. He had made a career out of condemning the US for the interference in the affairs of other countries, elevating this to the high point of Russian principle, and has had to contort himself to defend the special military operation in Ukraine, portraying it as an operation in defence of the Russian minorities provoked by Ukrainian aggression.

At the G20 it will take more than a health scare to stop him relentlessly sticking to his talking points.