Russia fired a second wave of missiles at Ukraine on Saturday, forcing people to take cover as sirens blared across the country just hours after morning air strikes that hit critical infrastructure in Kyiv and the eastern city of Kharkiv.

Authorities in Mykolaiv, the western city of Lviv and the Black Sea port of Odesa said air defences were trying to shoot down incoming missiles. Explosions were heard in the central Vynnytsa region, Ukrainian public broadcaster Suspilne reported.

Moscow, which invaded last February, has been pounding Ukraine’s energy infrastructure with missiles and drones since October, causing sweeping blackouts and disruptions to central heating and running water as winter bites.

The second attack on Saturday came hours after Reuters journalists heard a series of blasts in Kyiv in the morning before the air raid siren even sounded, which is highly unusual. The extent of any damage or casualties in the second wave was not yet clear.

No one was reported hurt following the first wave, but missile debris caused a fire in one place and houses were damaged outside the capital, officials said.

“An infrastructure facility was hit. No critical damage or fire. All emergency services are working at the site. No one is wounded,” Kyiv’s military administration said in a statement.

Ukrenergo, which runs the power grid, said its workers were racing to fix the damage and that the network was grappling with a power deficit caused by earlier attacks even though it was -2 Celsius (28 Fahrenheit) in Kyiv, only mildly cold.

Kyiv’s mayor said the debris of a missile came down on a non-residential area in the Holosiivskiy district in the west of Kyiv, causing a fire but hurting no one.

Residential infrastructure was also hit in the village of Kopyliv in the region just outside the capital. The windows and roofs of 18 privately owned houses were shattered or damaged by the blast, Oleksiy Kuleba, the regional governor, said.

Air Force spokesperson Yuriy Ihnat said Russia’s missiles had likely been fired along a high, looping ballistic trajectory from the north, which would explain why the air raid siren did not sound.

Ukraine is not able to identify and shoot down ballistic missiles, he told the Ukrainska Pravda online outlet.

The attacks hit critical energy infrastructure and industrial facilities in the Kharkiv and Chuhuev district of the region, he said.

“Our emergency services units and energy workers are working to liquidate the consequences and stabilise the situation with energy supplies,” he said.

The strikes on Saturday came as Ukrainian and Russian forces battled for control of Soledar, a small salt-mining town in eastern Ukraine that for days has been the focus of a relentless Russian assault.

Russia said on Friday that its forces had taken control of Soledar, in what would be a rare success for Moscow after months of battlefield reverses, but Kyiv said its troops were still fighting in the town.

Reuters could not immediately verify the situation in Soledar. 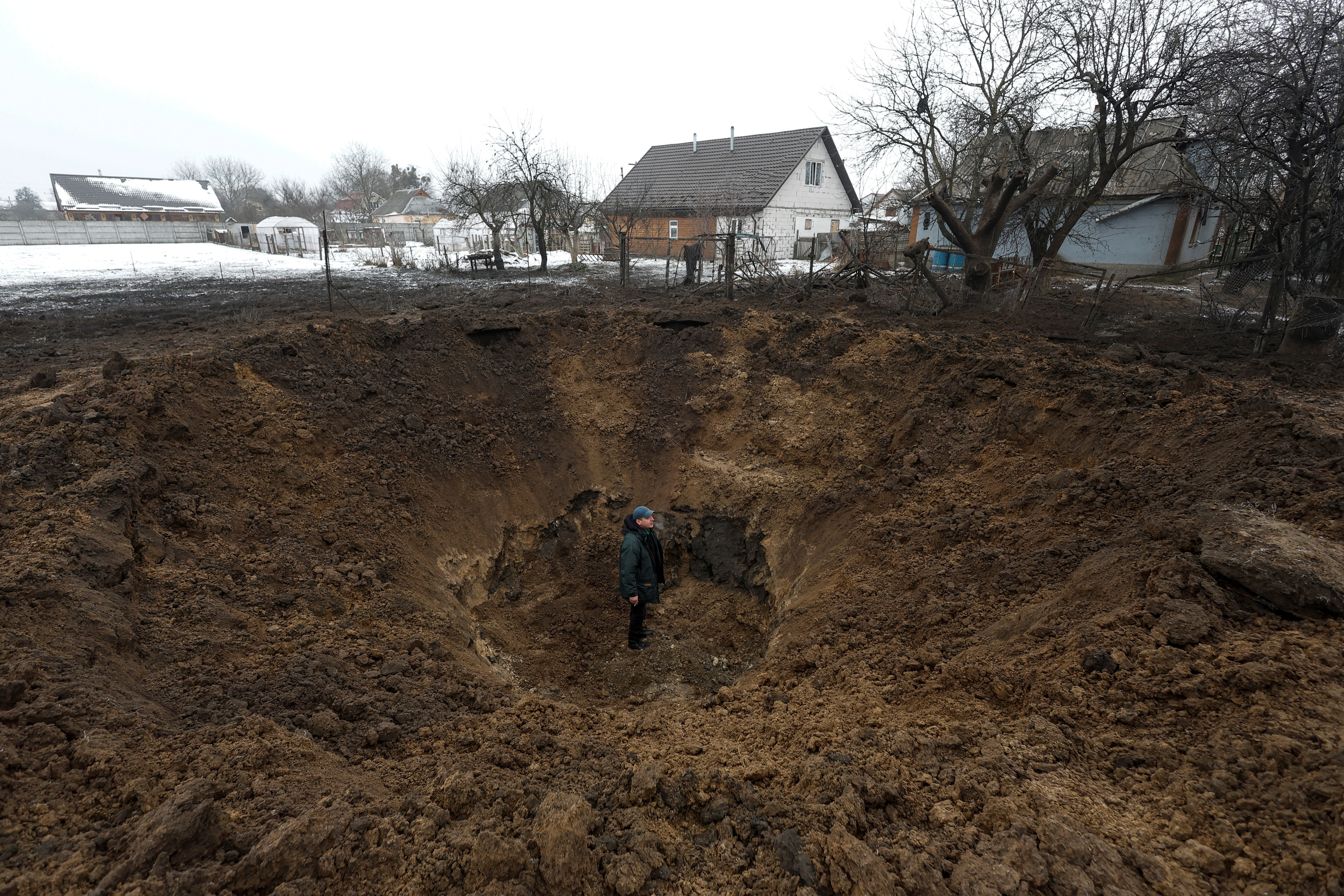 A man stands inside a crater left by a Russian missile, amid Russia’s attack on Ukraine, in the village of Kopyliv, Kyiv region, Ukraine January 14, 2023. REUTERS/Valentyn Ogirenko 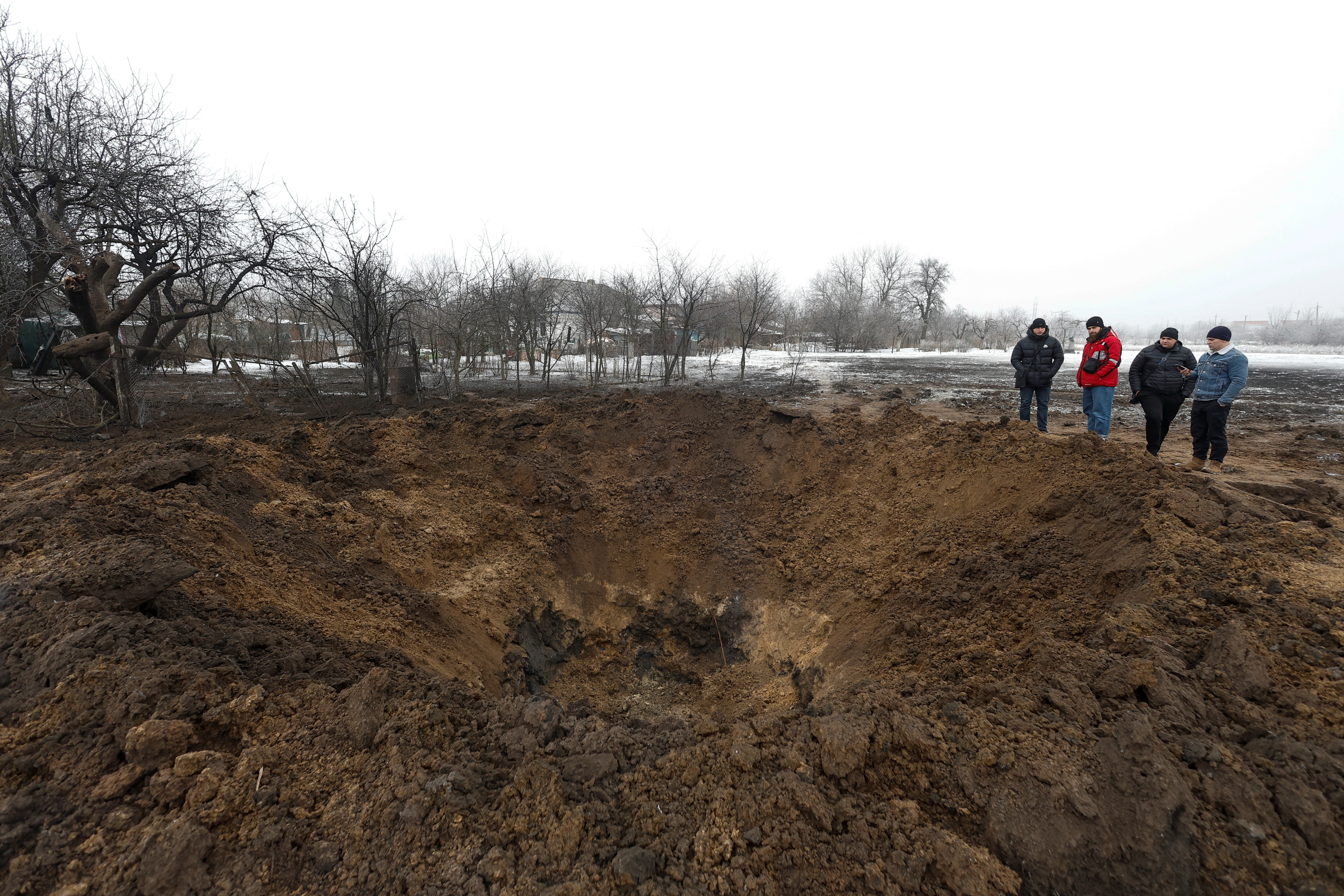 Men stand next to a crater left by a Russian missile, amid Russia’s attack on Ukraine, in the village of Kopyliv, Kyiv region, Ukraine January 14, 2023. REUTERS/Valentyn Ogirenko 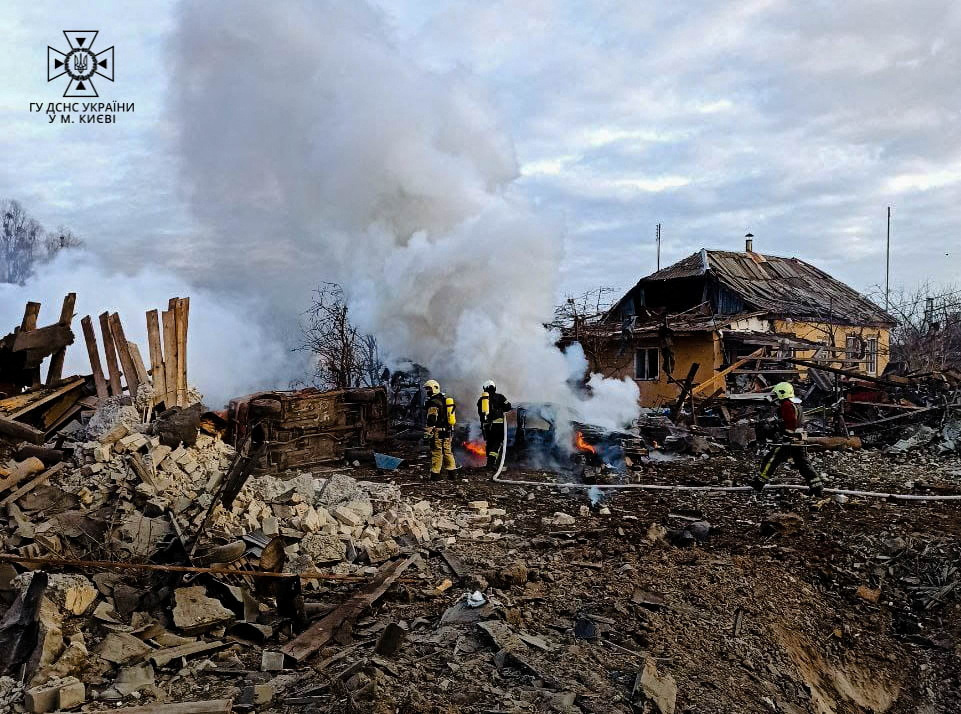 Rescuers work at a site of private houses heavily damaged by a Russian missile strike, amid Russia’s attack on Ukraine, in Kyiv, Ukraine, in this handout picture released December 29, 2022. Press service of the State Emergency Service of Ukraine/Handout via REUTERS
Advertisements
Advertisements