NASA’s huge next-generation rocketship was on course Wednesday for a crewless voyage around the moon and back hours after blasting off from Florida on its debut flight, half a century after the final lunar mission of the Apollo era.

The much-delayed launch kicked off Apollo’s successor program, Artemis, aimed at returning astronauts to the lunar surface this decade and establishing a sustainable base there as a stepping stone to future human exploration of Mars.

The 32-story-tall Space Launch System (SLS) rocket lifted off from NASA’s Kennedy Space Center at 1:47 a.m. EST (0647 GMT), piercing the blackness over Cape Canaveral with a reddish-orange tail of fire.

About 90 minutes after launch, the rocket’s upper stage successfully thrust the Orion capsule out of Earth orbit and on its trajectory to the moon, NASA announced.

Liftoff came on the third attempt at launching the multibillion-dollar rocket, after 10 weeks beset by technical mishaps, back-to-back hurricanes and two excursions trundling the spacecraft out of its hangar to the launch pad.

About four hours before Wednesday’s blastoff, crews had to deal with a flurry of simultaneous issues, including a leaky fuel valve.

Quick work on the launch pad by a special team of technicians, who tightened down a loose connection well inside the “blast zone” demarcated around a nearly fully fueled rocket, was credited with saving the launch.

The three-week Artemis I mission marks the first flight of the combined SLS rocket and the Orion capsule together, built by Boeing Co (BA.N) and Lockheed Martin Corp (LMT.N), respectively, under contract with NASA.

After decades with NASA focused on low-Earth orbit with space shuttles and the International Space Station (see graphic), it also signals a major change in direction for the agency’s post-Apollo human spaceflight program.

Named for the ancient Greek goddess of the hunt – and Apollo’s twin sister – Artemis aims to return astronauts to the moon’s surface as early as 2025.

More science-driven than Apollo – born of the Cold War-era U.S.-Soviet space race that put 12 NASA astronauts on the moon during six missions from 1969 to 1972 – the Artemis program has enlisted commercial partners such as Elon Musk’s SpaceX and the space agencies of Europe, Canada and Japan.

The Artemis I mission entails a 25-day Orion flight bringing the capsule to within 60 miles (97 km) of the lunar surface before flying 40,000 miles (64,400 km) beyond the moon and looping back to Earth. The capsule is expected to splash down at sea on Dec. 11.

The thunder of 8.8 million pounds of thrust produced at launch by the rocket’s four main R-25 engines and its twin solid-rocket boosters sent shock waves across the Kennedy complex, where crowds of spectators cheered and screamed.

“It was just incredible to see. It was so bright, so loud, you could feel it,” said NASA astronaut Jessica Meir, among those who could be selected for a future Artemis crew.

The Orion capsule will have some company around the moon from a tiny satellite, CAPSTONE, that reached its intended lunar orbit on Sunday to test a complex gravitational parking position called a “near-rectilinear HALO orbit.”

That position would be home to a future lunar space station called Gateway, slated for deployment later this decade as part of the Artemis venture.

The first Artemis voyage is intended to put the SLS-Orion vehicle through its paces in a rigorous demonstration flight, pushing its design limits to prove the spacecraft is safe and reliable enough to fly astronauts.

If the mission succeeds, a crewed Artemis II flight around the moon and back could come as early as 2024, followed within a few years by the program’s first lunar landing of astronauts, one of them a woman, with Artemis III.

Sending astronauts to Mars, an order of magnitude more challenging than lunar landings, is expected to take at least another decade and a half to achieve.

Billed as the most powerful, complex rocket in the world, the SLS represents the biggest new vertical launch system NASA has built since the Saturn V of the Apollo era.

Although no people were aboard, Orion carried a simulated crew of three – one male and two female mannequins – fitted with sensors to measure radiation levels and other stresses that astronauts would experience.

A top objective is to test the durability of Orion’s heat shield during re-entry as it hits Earth’s atmosphere at 24,500 miles (39,400 km) per hour – much faster than re-entries from the space station.

The spacecraft also is set to release 10 miniaturized science satellites, called CubeSats, including one designed to map the abundance of ice deposits on the moon’s south pole, where Artemis seeks to eventually land astronauts.

More than a decade in development with years of delays and budget overruns, the SLS-Orion spacecraft has cost NASA least $37 billion. Its Office of Inspector General has projected total Artemis costs at $93 billion by 2025.

NASA says the program also has generated tens of thousands of jobs and billions of dollars in commerce. 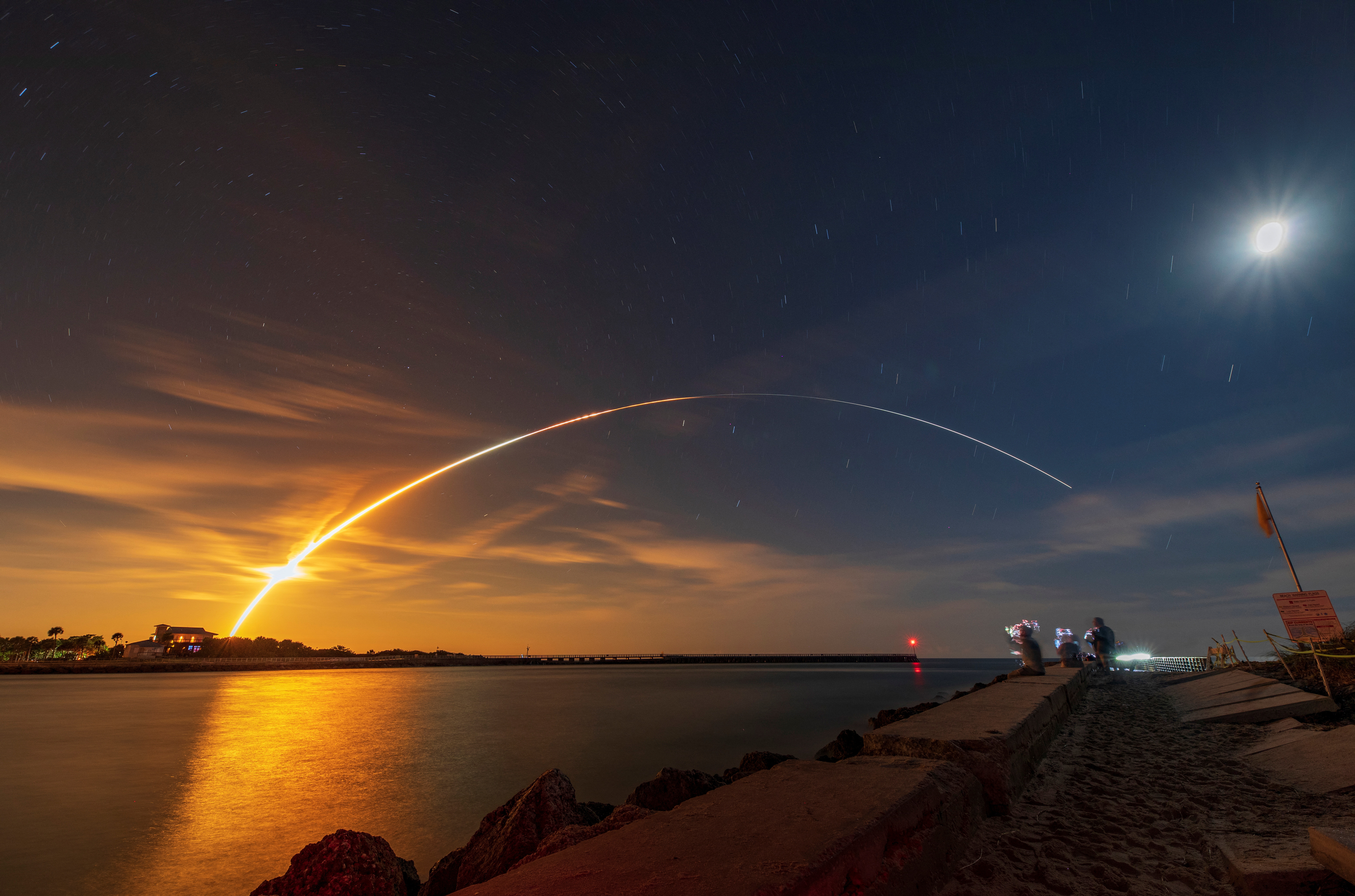 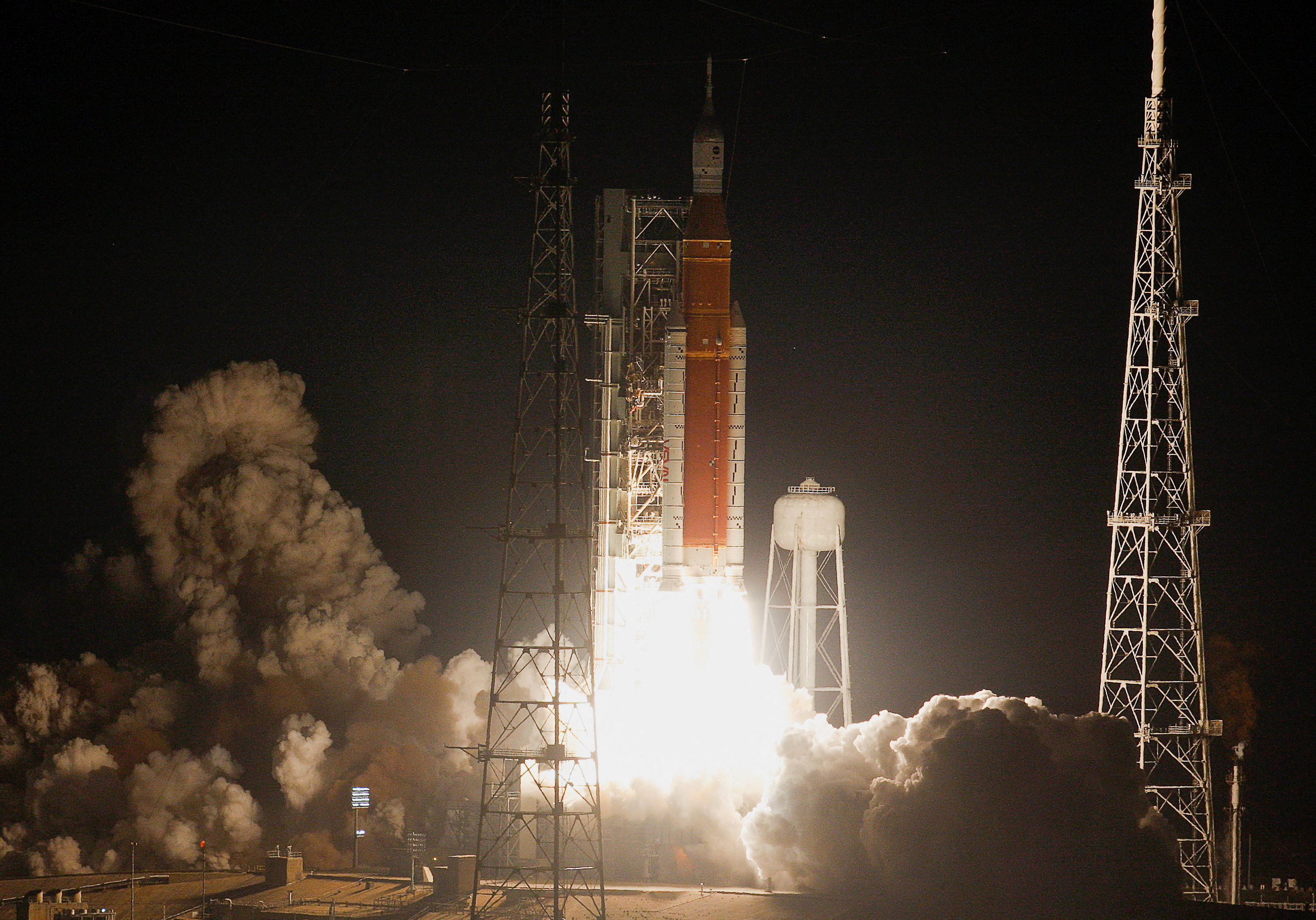