British finance minister Jeremy Hunt announced a string of tax increases and tighter public spending in a budget plan on Thursday that he said was needed after the blow dealt to the country’s fiscal reputation by former prime minister Liz Truss.

Outlining a 55 billion-pound plan – almost half from tax rises – to fix the public finances, Hunt said the economy was already in recession and set to shrink next year as it struggles with inflation forecast to average 9% this year and 4% in 2024.

Britain’s budget watchdog said rising prices would further erode people’s wages and reduce living standards by 7% by April 2024 – the year a national election is expected – wiping out growth over the eight years to 2022. Millions of Britons are already struggling with a cost of living crisis.

But Hunt said he could not avoid painful fiscal medicine – although much of it will not kick in immediately – if Britain is to build on the recent restoration of calm in financial markets.

“Credibility cannot be taken for granted and yesterday’s inflation figures show we must continue a relentless fight to bring it down, including an important commitment to rebuild the public finances,” he told parliament.

Sterling was down almost 1% against the dollar and 0.2% against the euro after Hunt spoke, as investors assessed the scale of belt-tightening, which looked more severe than anything planned by other big rich economies.

“There still is concern about the long-term health of the UK economy, whether there will be enough in what (Hunt) is saying for longer-term growth prospects,” Susannah Streeter, senior markets analyst at Hargreaves Lansdown, said.

Hunt announced changes that will mean more people pay basic and higher-rate income tax, and lowered to 125,000 pounds the threshold at which people pay the top 45% rate, as well as cutting tax-free allowances for income from dividends.

He froze until 2028 a threshold at which employers start to pay social security contributions, which will cost companies more.

A levy on energy companies’ profits of will rise to 35% from 25% from Jan. 1 until 2028, and a new temporary 45% tax will be imposed on electricity generators, to raise a total of 14 billion pounds next year, Hunt said.

Public spending would grow more slowly than the economy but rise in overall terms, he said.

A scaled-back version of the existing cap on energy costs would cost just under 13 billion pounds next year, about half what was planned by former finance minister Kwasi Kwarteng.

But pensions and welfare benefits would rise in line with inflation, a major expense for the public finances after the surge in price growth this year.

Paul Johnson of the Institute for Fiscal Studies think tank said Britain would be spared big spending cuts over the next two years, with tax increases also limited in the short term, but that real pain would come after the likely 2024 election.

Hunt said forecasts from the independent Office for Budget Responsibility (OBR) laid out “starkly the impact of global headwinds on the UK economy”.

It now expects gross domestic product to contract by 1.4% next year compared with its projection in March for growth of 1.8%. Since then, Britain’s economy has struggled with inflation, a slowing global economy and a bout of financial market turmoil during Truss’s brief term as prime minister.

The opposition Labour Party said the Conservative Party was failing to learn the lessons of past attempts to fix the public finances without a clear plan for economic growth.

“This government has forced our economy into a doom-loop where low growth leads to higher taxes, lower investment and squeezed wages with the running down of public services, all of which hits economic growth again,” opposition Labour Party finance spokeswoman Rachel Reeves said.

But Hunt and Sunak say their plan will restore investor confidence after Truss’s failed experiment with unfunded tax cuts, which cost her her premiership after just 50 days in Downing Street.

Her policies sent the pound to an all-time low against the U.S. dollar, threatened chaos in the housing market and forced the Bank of England to intervene to prop up the bond markets.

The only Group of Seven economy yet to recover its pre-pandemic size, Britain had suffered a decade of near-stagnant income growth even before COVID struck.

Hunt had warned prior to Thursday’s announcement that he could only slow a rise in borrowing costs by showing investors that Britain’s 2.45 trillion-pound ($2.91 trillion) debt mountain will start to fall as a share of GDP.

Thursday’s forecasts by the OBR showed that target would be met in the 2027/28 financial year. 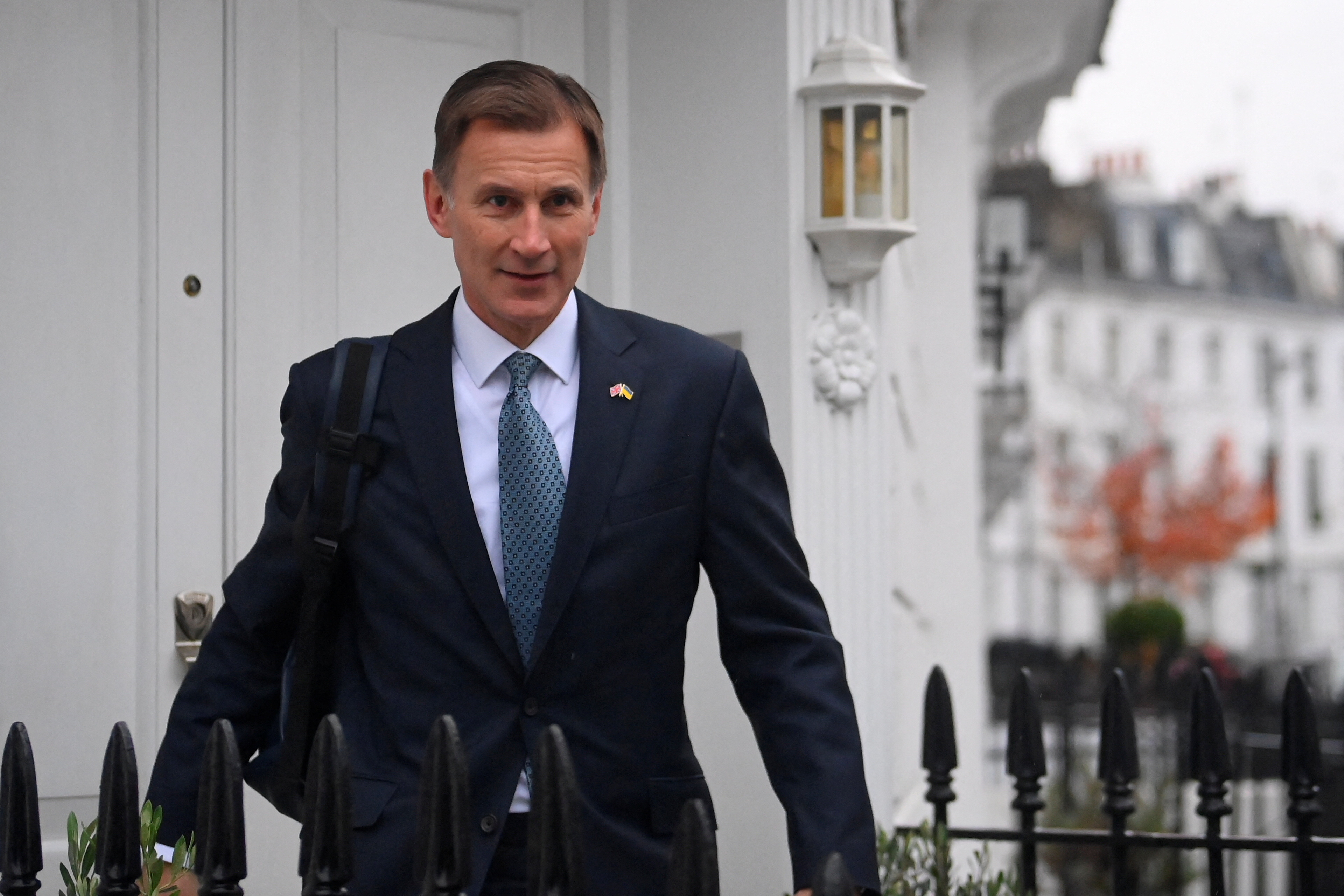 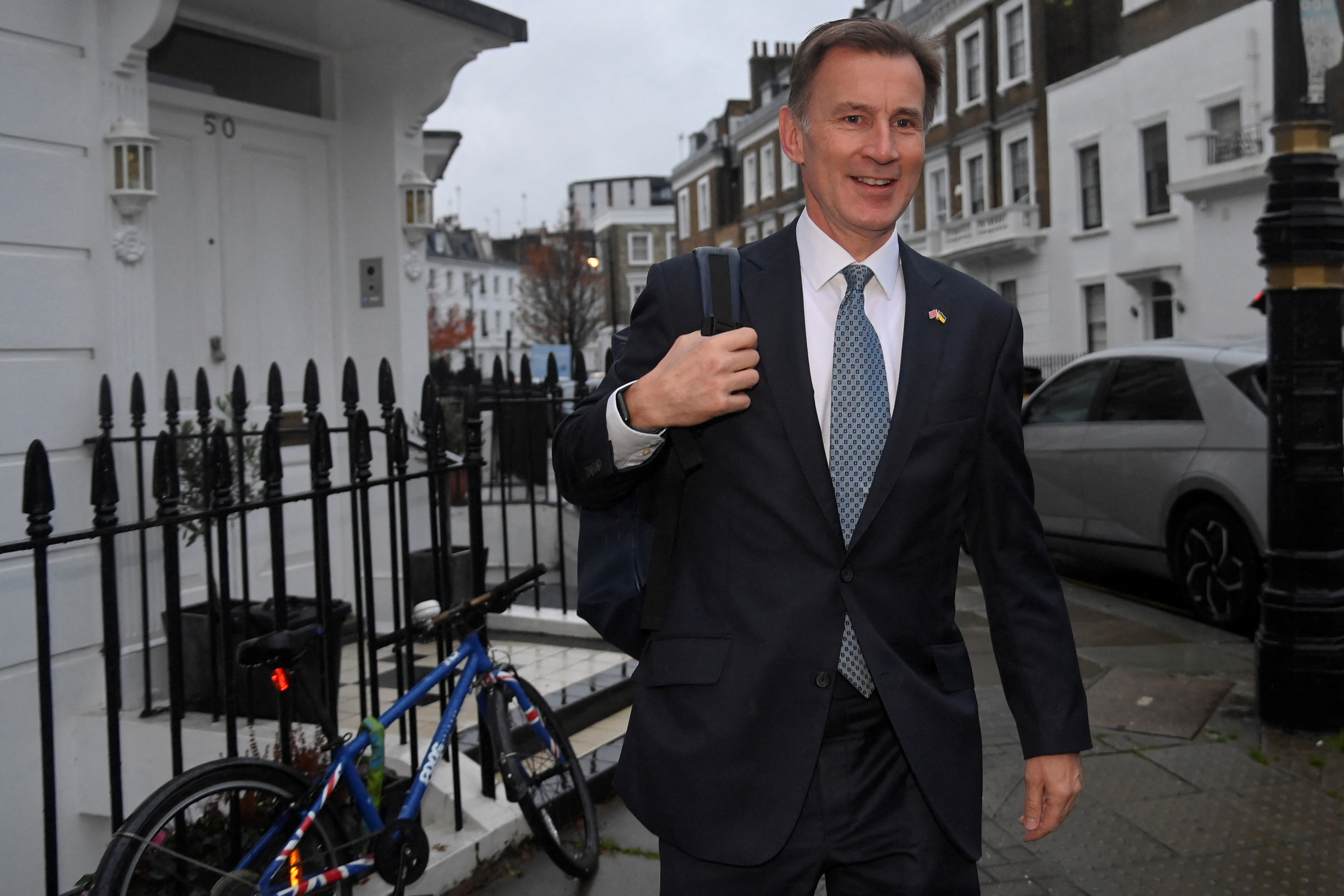 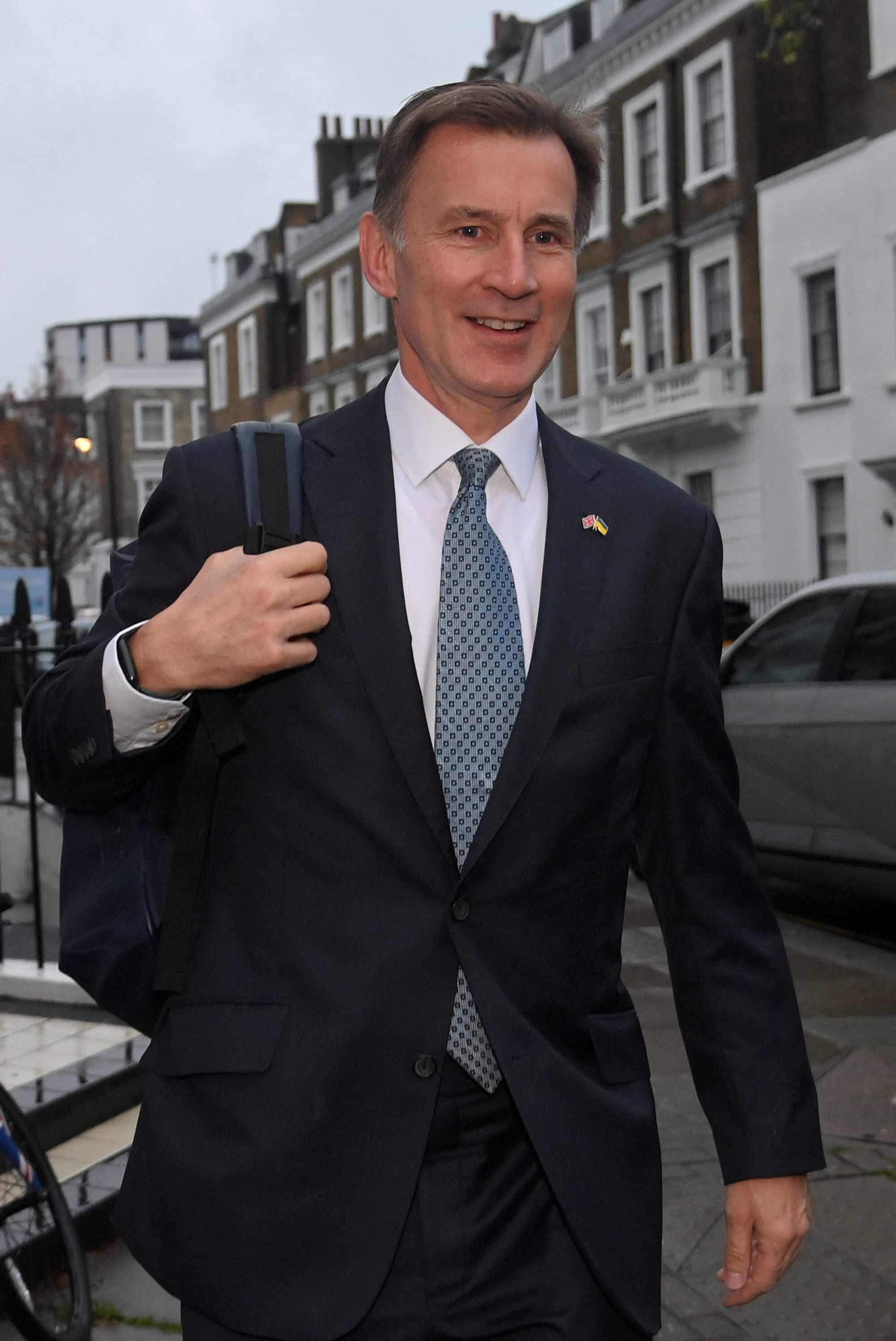 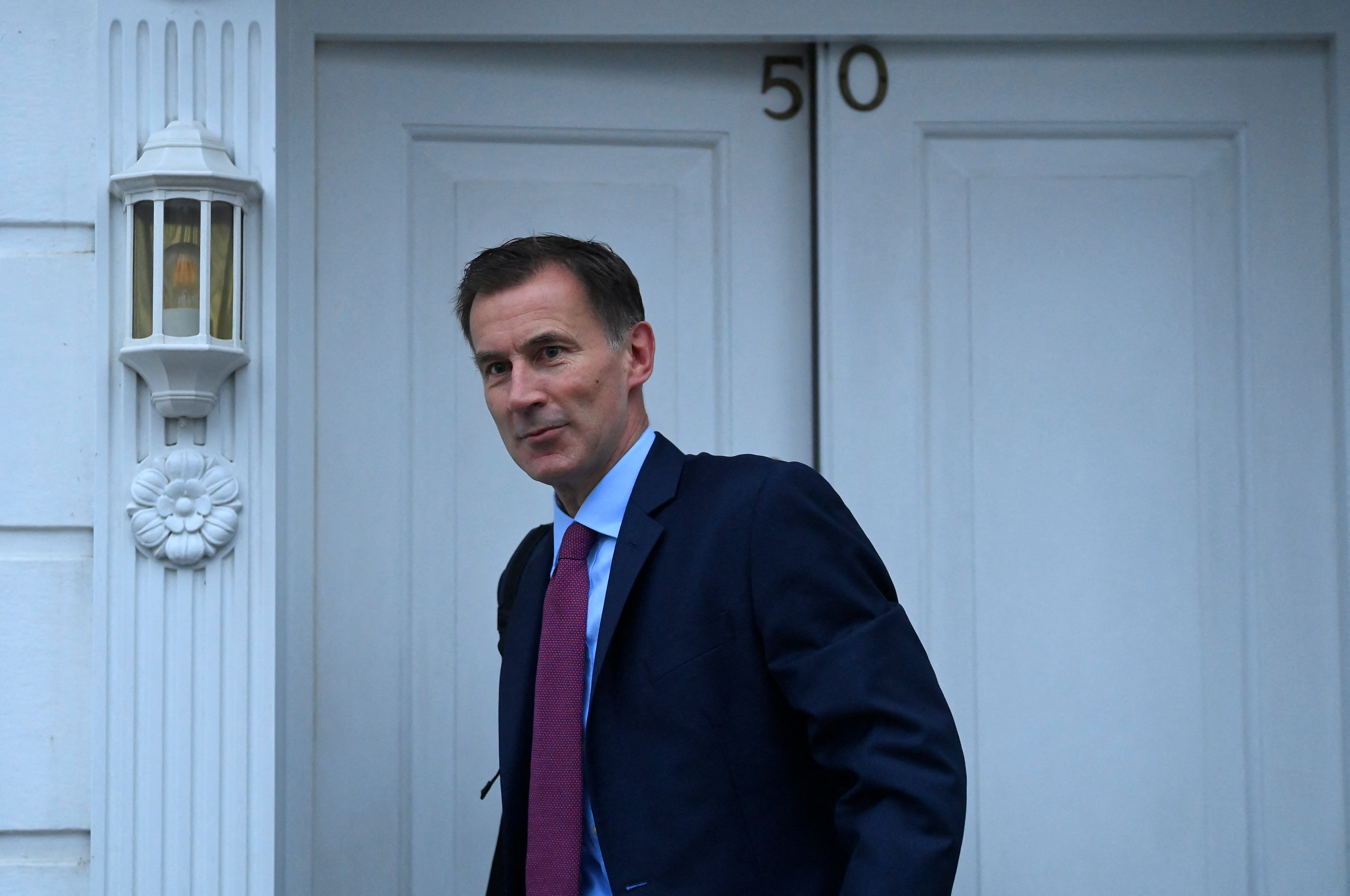 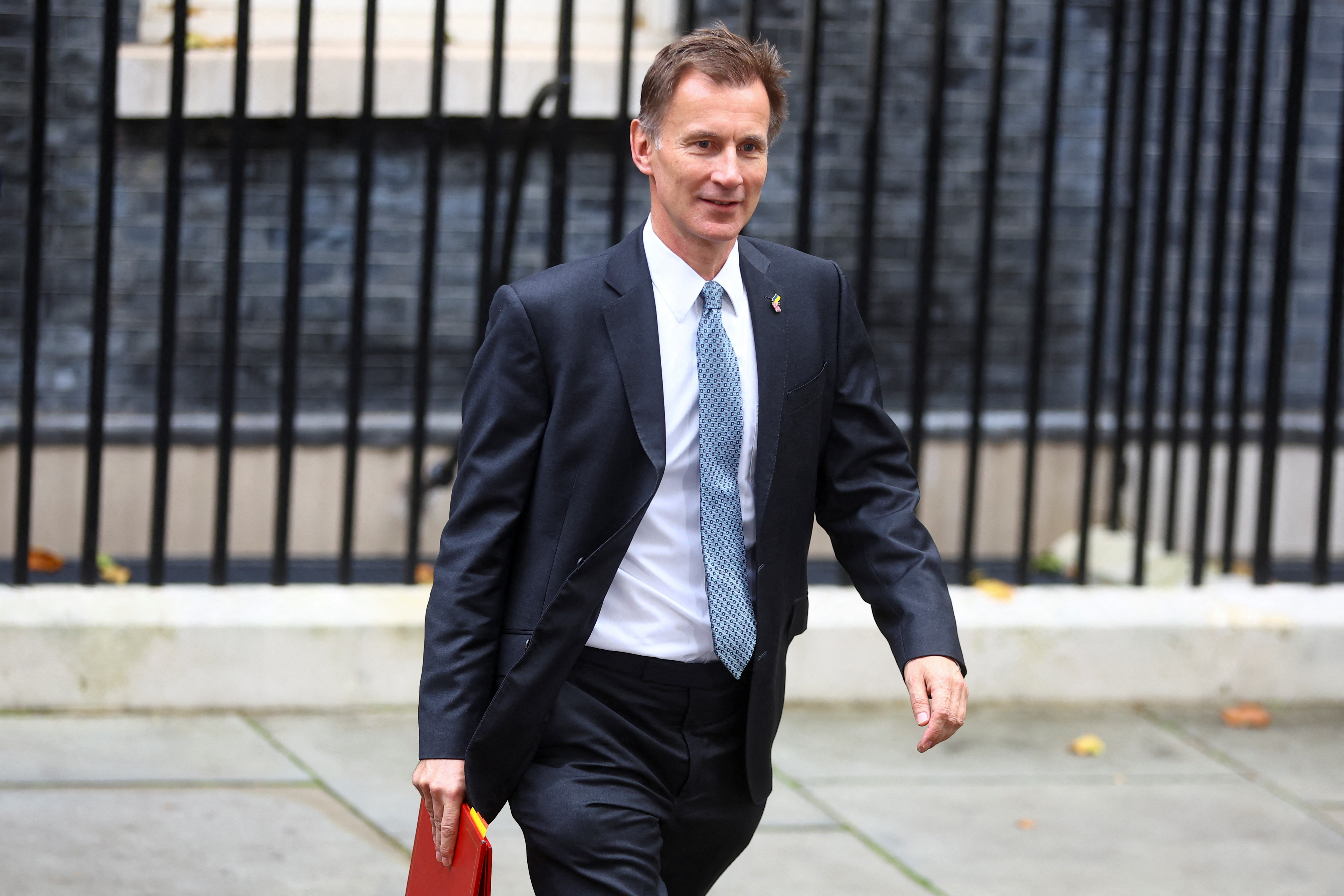