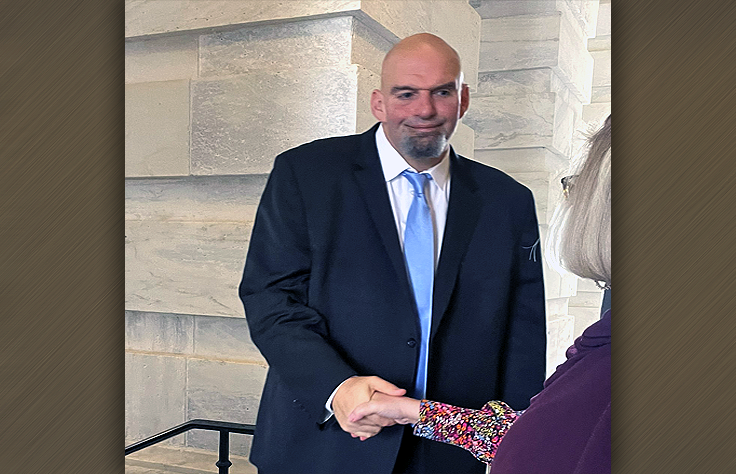 How did he look?

As the Washington Free Beacon reported last month, Fetterman looks very bad in a suit. He prefers to wear hoodies and cargo shorts—it’s more authentic, but only if you ignore the fact that Fetterman lived on handouts from his rich father until he was 49 years old. He insists on showing off his scrawny legs, which make him look like a polio survivor.

Reporters attempted to ask Fetterman if he’ll ever be able to wear his hoodie on the Senate floor. (Probably not, it’s not a Denny’s, for crying out loud.) The future senator “didn’t answer,” most likely because he remains unable to converse without the assistance of large closed-captioning monitors, and there is no guarantee that his condition will ever improve.

Can I ask one last question?