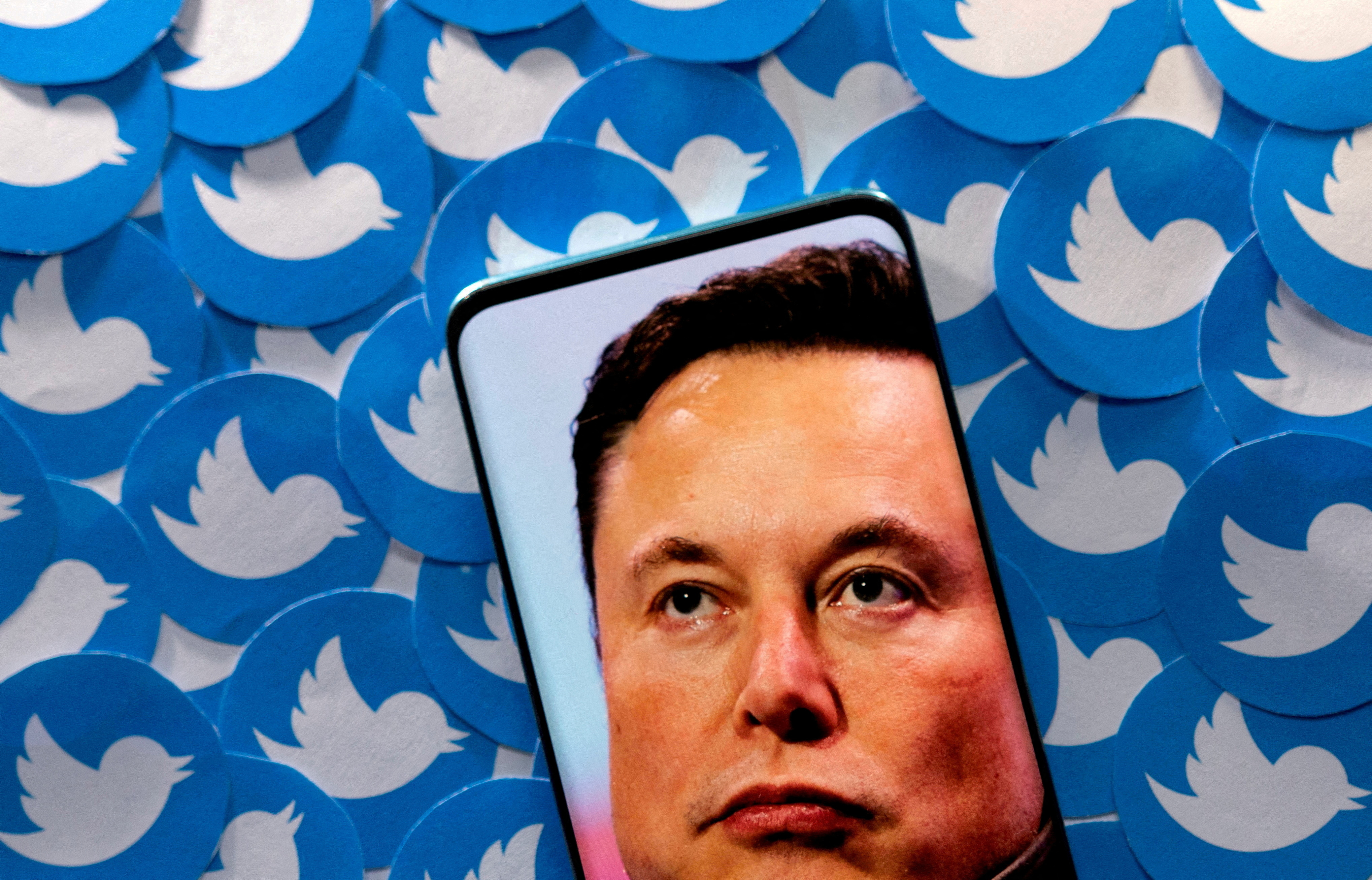 An image of Elon Musk is seen on a smartphone placed on printed Twitter logos in this picture illustration taken April 28, 2022. REUTERS/Dado Ruvic/Illustration/File Photo

Elon Musk said on Wednesday he expected to reduce his time at Twitter and eventually find a new leader to run the social media company, adding that he hoped to complete an organizational restructuring this week.

Musk made the remarks while testifying in a Delaware court to defend against claims that his $56 billion pay package at Tesla Inc (TSLA.O) was based on easy to achieve performance targets and was approved by a compliant board of directors. read more

Tesla investors have been increasingly concerned about the time that Musk is devoting to turning around Twitter.

Shares of Tesla fell 3% at midday.

“There’s an initial burst of activity needed post-acquisition to reorganize the company,” Musk said in his testimony. “But then I expect to reduce my time at Twitter.”

Musk also admitted that some Tesla engineers were assisting in evaluating Twitter’s engineering teams, but he said it was on a “voluntary basis” and “after hours.”

The billionaire’ s first two weeks as Twitter’s owner has been marked by rapid change and chaos. He quickly fired Twitter’s previous chief executive and other senior leaders and then laid off half of Twitter’s staff earlier this month.

Musk sent an email to Twitter employees early Wednesday, telling them they needed to decide by Thursday whether they wanted to stay on at the company to work “long hours at high intensity” or take a severance package of three months of pay.