(JTA) – On “Saturday Night Live” last weekend, Dave Chappelle really wanted his audience to know there are a lot of Jews in Hollywood.

“I’ve been to Hollywood, this is just what I saw,” he said during his widely dissected monologue. “It’s a lot of Jews. Like, a lot.”

While suggesting that it might not be fair to say Jews run the industry, the comedian said that coming to that conclusion is “not a crazy thing to think.” Chappelle’s “SNL” episode drew a season-high 4.8 million viewers when it aired on NBC (eclipsing Jewish comedian Amy Schumer’s own hosting stint the week before), and his monologue had more than 8.1 million views on YouTube as of Wednesday.

The Anti-Defamation League was quick to denounce Chappelle’s act, calling it antisemitic. Other prominent Jews have followed suit.

“I was very disturbed to see him speaking, to millions of people, a lot of antisemitic tropes,” Pamela Nadell, a professor at American University who researches antisemitism, told the Jewish Telegraphic Agency.

But Chappelle, who was himself riffing on recent antisemitism controversies involving Kanye West and Kyrie Irving, wasn’t exactly breaking new ground by insinuating that Jews run Hollywood. The trope has been a part of show business since its earliest days — when, in a literal sense, Jews did run Hollywood. Or the studios, anyway.

Nearly every major movie studio was founded in the early 20th century by a group of first-generation secular Jews who immigrated to the United States from Eastern Europe. Carl Laemmle (Universal), Adolph Zukor (Paramount), William Fox (Fox), Louis B. Mayer (MGM), and Benjamin Warner (Warner) were all Jewish silver-screen pioneers, laying the groundwork for the size and scale of the industry to follow.

But the industry has diversified greatly in the century since, with studios largely swallowed up by corporate behemoths. And while individual Jews may be overrepresented in an industry that has long welcomed and rewarded them, the rhetorical danger, Nadell said, comes in conflating a large Jewish presence in an industry with ownership and control of that industry.

“Jews remain active in Hollywood in a variety of roles, but it would be impossible to say that they run Hollywood, that they own Hollywood,” she said.

“Whenever the Jews enter into any kind of position where they might have influence over people who are not Jewish, then all of a sudden it’s seen as some kind of conspiracy.”

Conspiracy theories dogged Jews in Hollywood from the industry’s beginning. Because so many Jews were in control in Hollywood in its early years, Joseph Breen, who for decades ran the industry’s Production Code office and tried to make movies palatable to Catholic morality groups, blamed “the Jews” for sneaking sex, violence and moral depravity into the movies.

But their rise to the top of the still-young motion picture industry wasn’t because they were a part of some secretive cabal; it’s because, historians say, Hollywood provided a low barrier to entry for enterprising businessmen, and was lacking the antisemitic guardrails of more established industries.

“There were no social barriers in a business as new and faintly disreputable as the movies were in the early years of [the 20th] century,” historian Neal Gabler writes in his landmark 1988 book “An Empire Of Their Own: How The Jews Invented Hollywood.”

In the book, Gabler notes that the movie business, which evolved out of other professions like vaudeville and the garment industry where Jews had already found a toehold, lacked “the impediments imposed by loftier professions and more firmly entrenched businesses to keep Jews and other undesirables out.”

As such, Jews (particularly recent immigrants) were able to thrive in show business in a way they couldn’t in most other industries. Once they were in, family ties or the general phenomenon of affinity groups often led to them elevating other Jews in the industry: For example, prolific Jewish producer David O. Selznick, whose credits include “Gone With The Wind,” “Rebecca” and a huge string of other hits in the 1930s and ’40s, spent many years at MGM, run by his father-in-law, Louis B. Mayer.

Areas like the film, garment and publishing industries were attractive to Jews, Nadell said, “because there were so many other sectors of the economy where they were barred from.”

But in exchange, Hollywood’s prominent Jews had to effectively extinguish their Jewishness.

Yearning to assimilate into American society, the Jews who ran these studios were beset on all sides by antisemitic invective — first from Christian groups like the Legion of Decency, then by anti-Communist groups, both of whom accused Hollywood’s Jews of conspiring to undermine American society with their loose morals.

As such, the Jewish studio heads largely refrained from making any movies about Jewish themes, or snuffing out antisemitic content even within their own films, or otherwise exerting their influence in any obviously Jewish way, even as many of the Golden Era of Hollywood’s most acclaimed writers and directors (Herman Mankiewicz, Ernst Lubitsch, George Cukor, Billy Wilder) were also Jewish. “Gentleman’s Agreement,” the landmark 1947 film about antisemitism, didn’t have any Jewish producers, directors or major stars (though some of its credited writers were Jewish).

Famously, Hollywood’s Jews also went out of their way to avoid offending Hitler during the Nazi era, continuing to do business with Germany and largely avoiding featuring Nazis as villains in the prewar years. 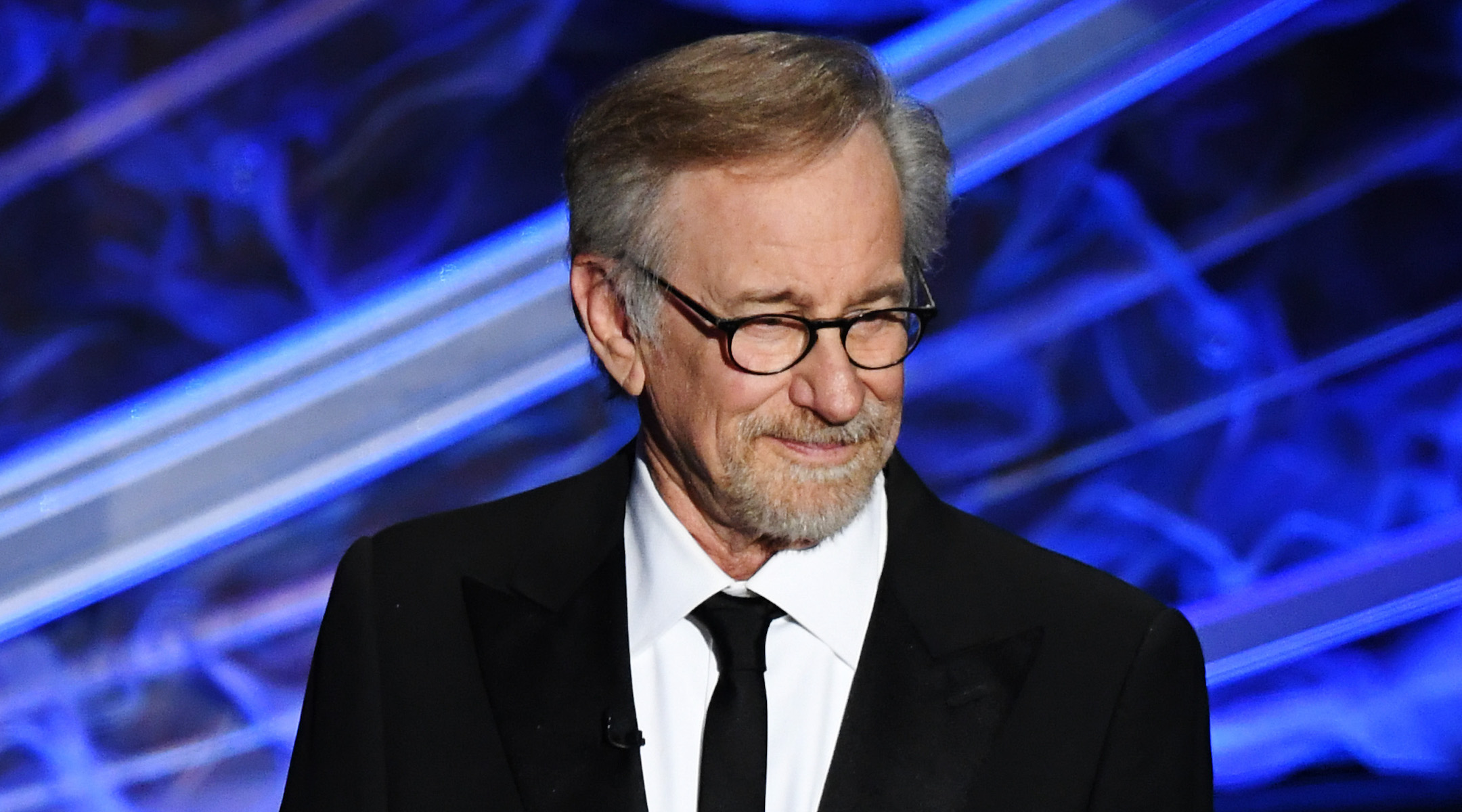 With the demise of the studio system in the 1960s, Jewish creatives ranging from Mel Brooks to Steven Spielberg to Natalie Portman no longer had to hide their identity from audiences, but instead made it an essential part of their public personas. Earlier this week, in a New York Times interview, Spielberg acknowledged that Hollywood was a welcoming place for Jews when he arrived as a young filmmaker.

Still, such ethnic affinity has often been deemed conspiratorial. “Hollywood is run by Jews” and “owned by Jews,” Marlon Brando declared in a 1996 interview with Larry King, further claiming that Jewish studio executives prevented antisemitic stereotypes from being depicted on screen while allowing stereotypes of every other minority group “because that’s where you circle the wagons around.”

(Despite this outburst, which prompted intense backlash from Jewish groups, Brando was known for having close relationships with Jews and demonstrating a strong understanding of Jewish theology and culture throughout his life, and apparently spoke Yiddish quite well.)

This general air of suspicion around Jews in show business has continued into the modern day, as evidenced by Chappelle and West’s comments. In the tweets that precipitated the collapse of his businesses, West singled out Jewish producers and managers in the entertainment industry he had affiliations with, echoing how believers in antisemitic conspiracy theories about Jewish control tend to fixate on Jews in leadership positions outside of the public eye. 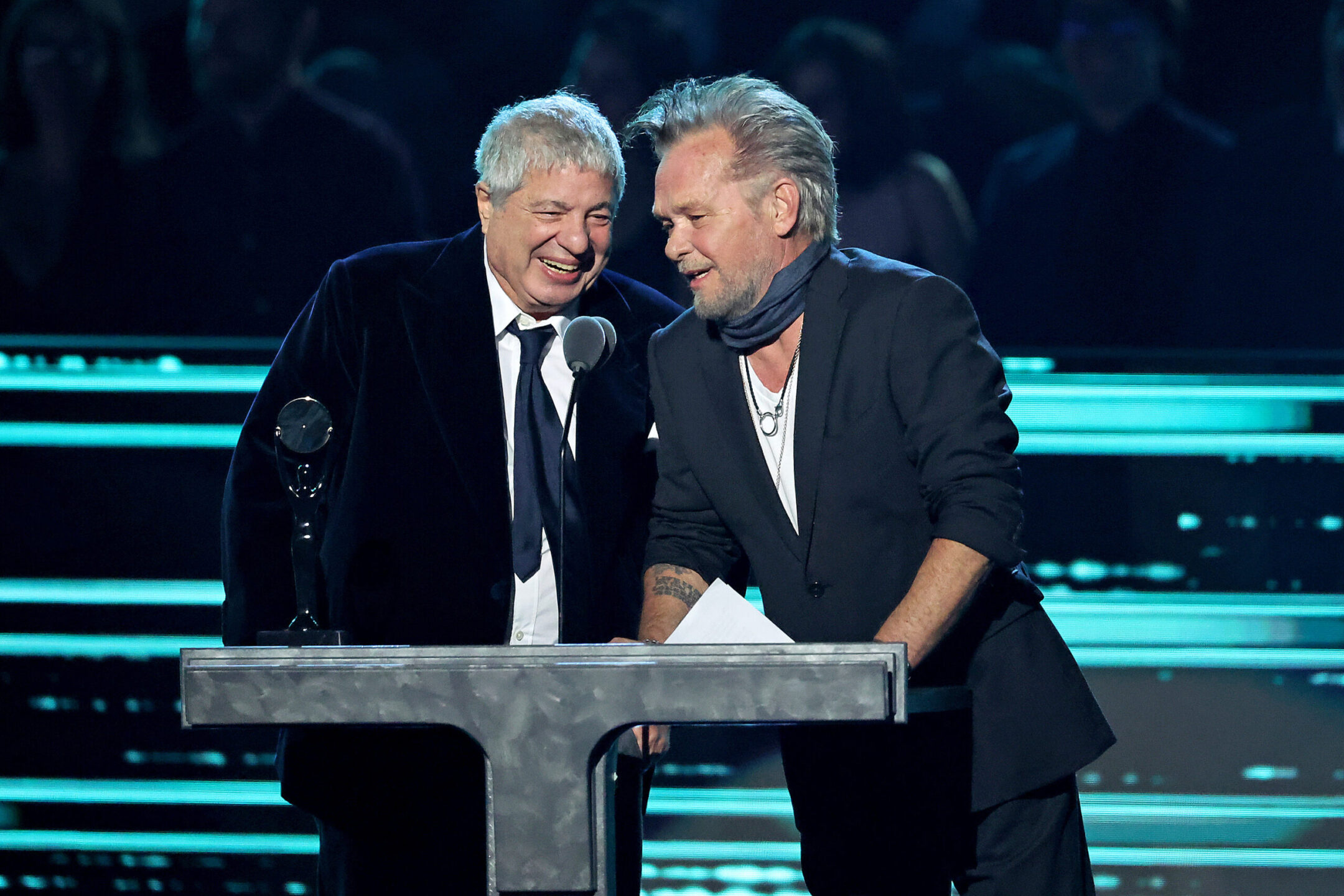 Ignoring the many industry leaders who are not Jewish, such conspiracy theorists tend to focus on the successful managers and lawyers in Hollywood who are, including Jeremy Zimmer, Ari Emanuel, Allen Grubman — and Harvey Weinstein, whose decades of sexual abuse, scorched-earth targeting of his accusers and eventual downfall are the subject of the new movie “She Said.”

And in a similar fashion to Brando, Chappelle suggested that there is a double standard in talking about ethnic groups, with jokes about Jews being seen as taboo in a way that jokes about Black people and other groups are not: “If they’re Black, then it’s a gang. If they’re Italian, it’s a mob. If they’re Jewish, it’s a coincidence and you should never speak about it.”

At the same time as Jews in and out of the industry are fighting such perceptions, they are also pushing for greater visibility. The unveiling of the new Academy Museum of Motion Pictures in Los Angeles last year almost entirely omitted Jews from Hollywood’s founding narrative, leading to backlash from Jews in the industry and, ultimately, the guarantee of a new permanent exhibition space focusing on Jews.

And there was one other way in which the Chappelle episode hearkened back to the age-old dynamics of the relationship between Jews and Hollywood: “Saturday Night Live” executive producer Lorne Michaels, who presumably allowed the monologue on the air, is Jewish.

This article originally appeared on JTA.org.

The post Dave Chappelle isn’t the first to suggest that Jews run Hollywood. Here are the origins of the trope. appeared first on The Forward.