The Asia-Pacific is no one’s backyard and should not become an arena of big power rivalry, China’s President Xi Jinping said on Thursday, warning against Cold War tensions in a region at the heart of a contest for influence between Beijing and Washington.

Xi’s remarks ahead of an Asia-Pacific Economic Cooperation (APEC) summit in Bangkok were an apparent reference to U.S. efforts with regional allies and partners to blunt what they see as China’s growing coercive economic and military influence.

“No attempt to wage a new cold war will ever be allowed by the people or by our times,” Xi said in written remarks prepared for a business event linked to the summit.

“We should follow a path of openness and inclusiveness,” he said in the speech, which was provided by organisers, adding the region should not turn into “an arena for big power contest.”

Relations between the world’s two largest economies have strained in recent years over issues like tariffs, Taiwan, intellectual property, the removal of Hong Kong’s autonomy and disputes over the South China Sea, among others.

In a move that may be seen by Beijing as a rebuke, a senior administration official said U.S. Vice President Kamala Harris will on Tuesday visit the Philippine islands of Palawan on the edge of the disputed South China Sea.

The trip will make Harris the highest-ranking U.S. official to visit the island chain adjacent to the Spratly Islands. China has dredged the sea floor to build harbors and airstrips on the Spratlys, parts of which are also claimed by Brunei, Malaysia, the Philippines, Taiwan and Vietnam.

Harris will make the visit after attending the APEC meeting, which follows a series of regional summits so far dominated by geopolitical tension over the war in Ukraine.

At a Group of 20 (G20) meeting in Bali, countries unanimously adopted a declaration saying most members condemned the Ukraine war, but that also acknowledged some countries saw the conflict differently. Host Indonesia said the war was the most contentious issue.

Russia is a member of both G20 and APEC but President Vladimir Putin has stayed away from the summits. First Deputy Prime Minister Andrey Belousov will represent him at APEC.

Host Thailand on Thursday said leaders gathering for the APEC forum should “rise above differences”.

Its Foreign Minister Don Pramudwinai said the meeting of the 21-member bloc, which starts on Friday, “takes place at a pivotal juncture” with the world facing multiple risks.

“Cancel mentality… permeates every conversation and action, (and) makes any compromise appear impossible,” he said in a statement after a meeting of the bloc’s foreign ministers ahead of the main summit.

“That’s why APEC this year must rise above these challenges and deliver hope to the world at large.”

Australian Prime Minister Anthony Albanese is among those also attending the main meeting, while French President Emmanuel Macron is a special guest.

Xi held a rare summit with Japanese Prime Minister Fumio Kishida while in Bangkok, the first leadership-level meeting between the two countries in nearly three years, after which Kishida said he conveyed concerns about peace in the Taiwan Strait.

He reaffirmed with Xi that they would reopen dialogue between diplomatic officials and communicate closely, and said both leaders agreed Russia must not use the nuclear option in Ukraine. He declined to say what Xi said on the issue.

The meeting comes a day after tensions simmered in Bali, where Xi criticised Canadian Prime Minister Justin Trudeau in person over alleged leaks of their closed-door meeting, a rare public display of annoyance by the Chinese leader. Trudeau is also in Bangkok.

On Thursday, as leaders prepared for the APEC meeting, the junta in neighbouring Myanmar announced an amnesty for 5,774 prisoners, among them a Japanese filmmaker, a former British ambassador and an Australian economist and former adviser to deposed leader Aung San Suu Kyi. State media said 700 of those released were political prisoiners.

Activists and the military’s opponents welcomed the amnesty, but warned the world not to be tricked by the junta, which they said was using people as bargaining chips.

At a news conference in Bangkok, U.S. Secretary of State Antony Blinken welcomed the release as “one bright spot in what is otherwise an incredibly dark time.”

“Whether this signals anything more broadly about the intentions of the regime, I can’t tell you – too soon to say,” he said. 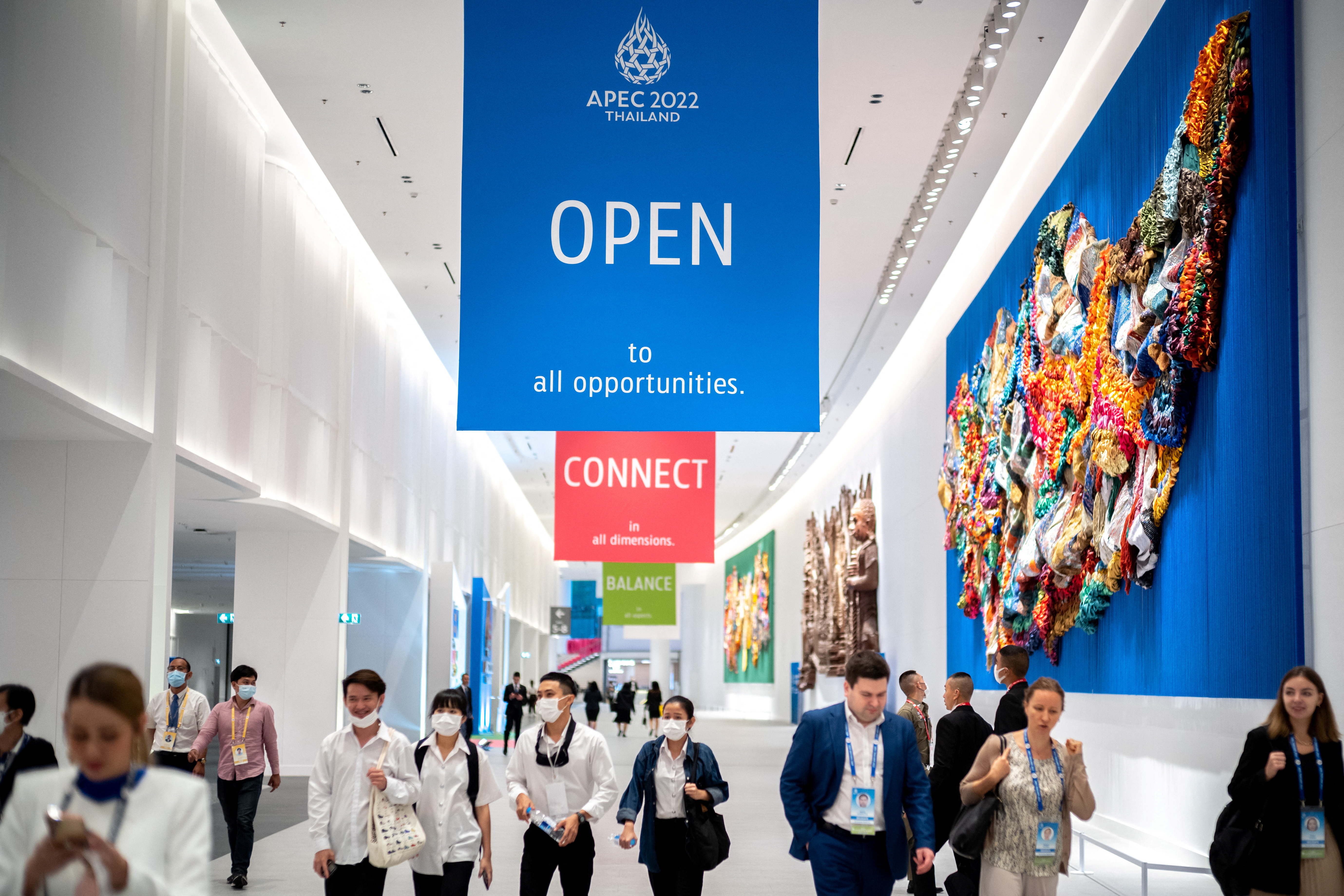 Delegates walk inside the Queen Sirikit National Convention Center where the APEC summit will be held, in Bangkok, Thailand, November 14, 2022. REUTERS/Athit Perawongmetha 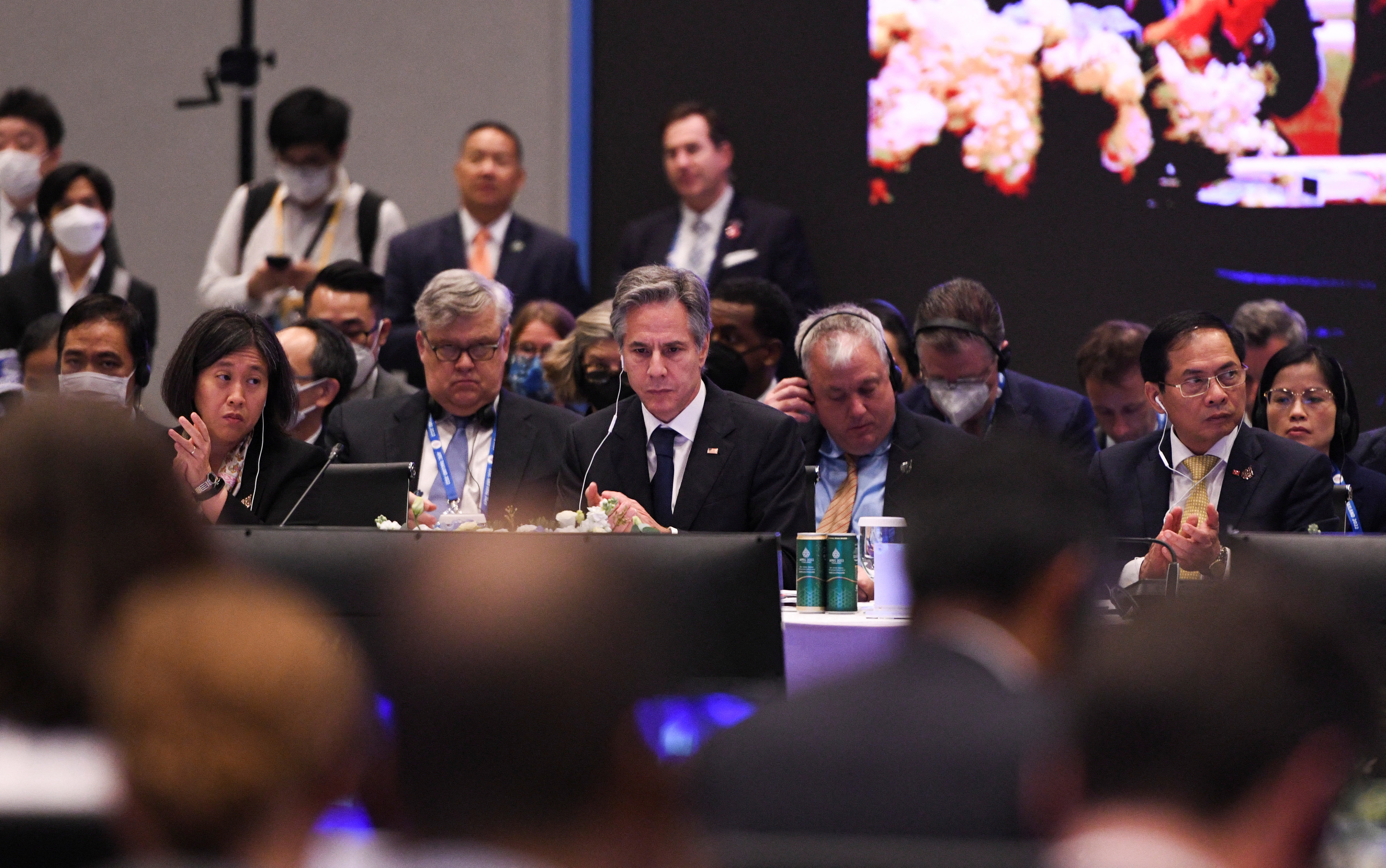 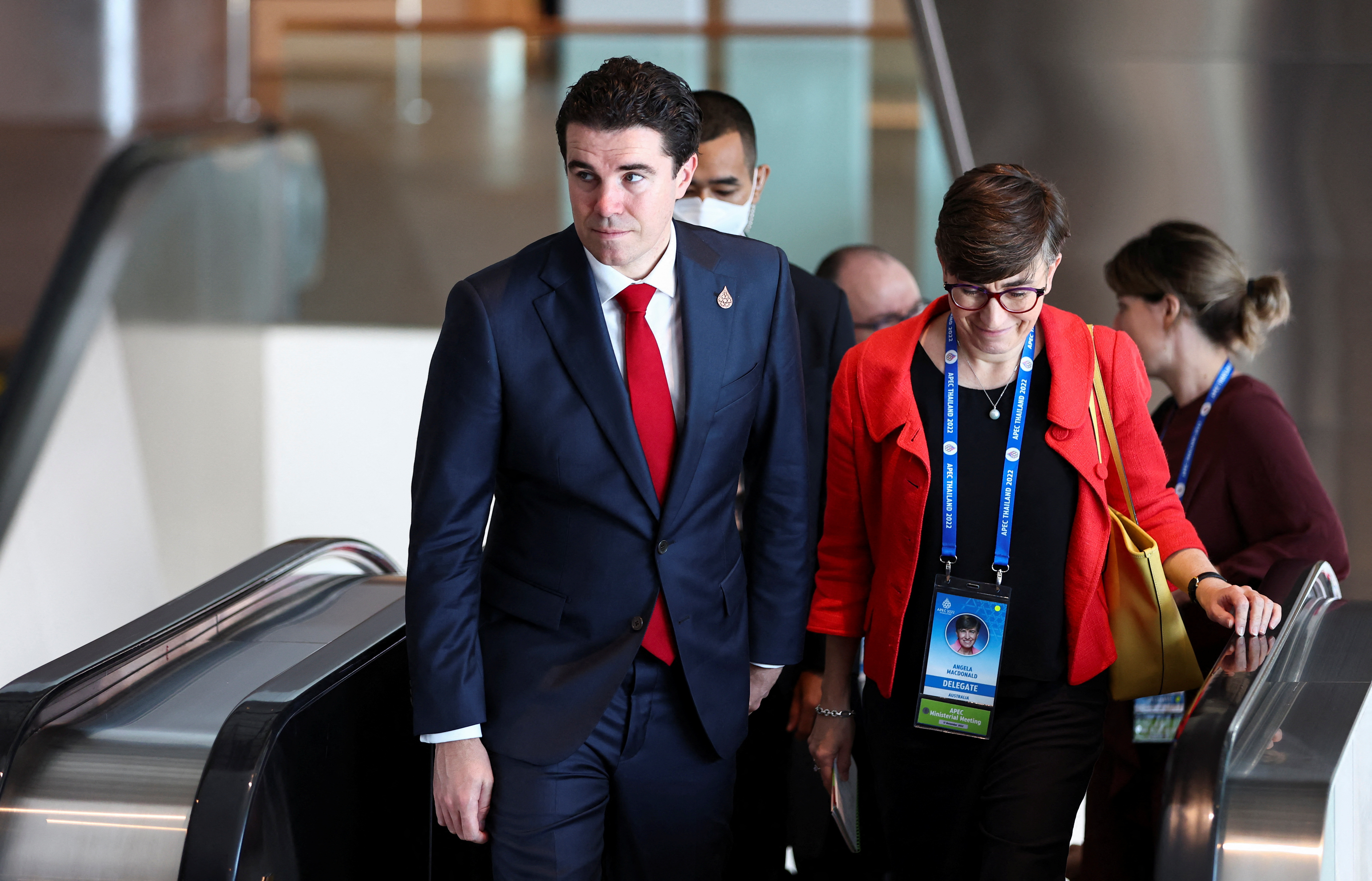 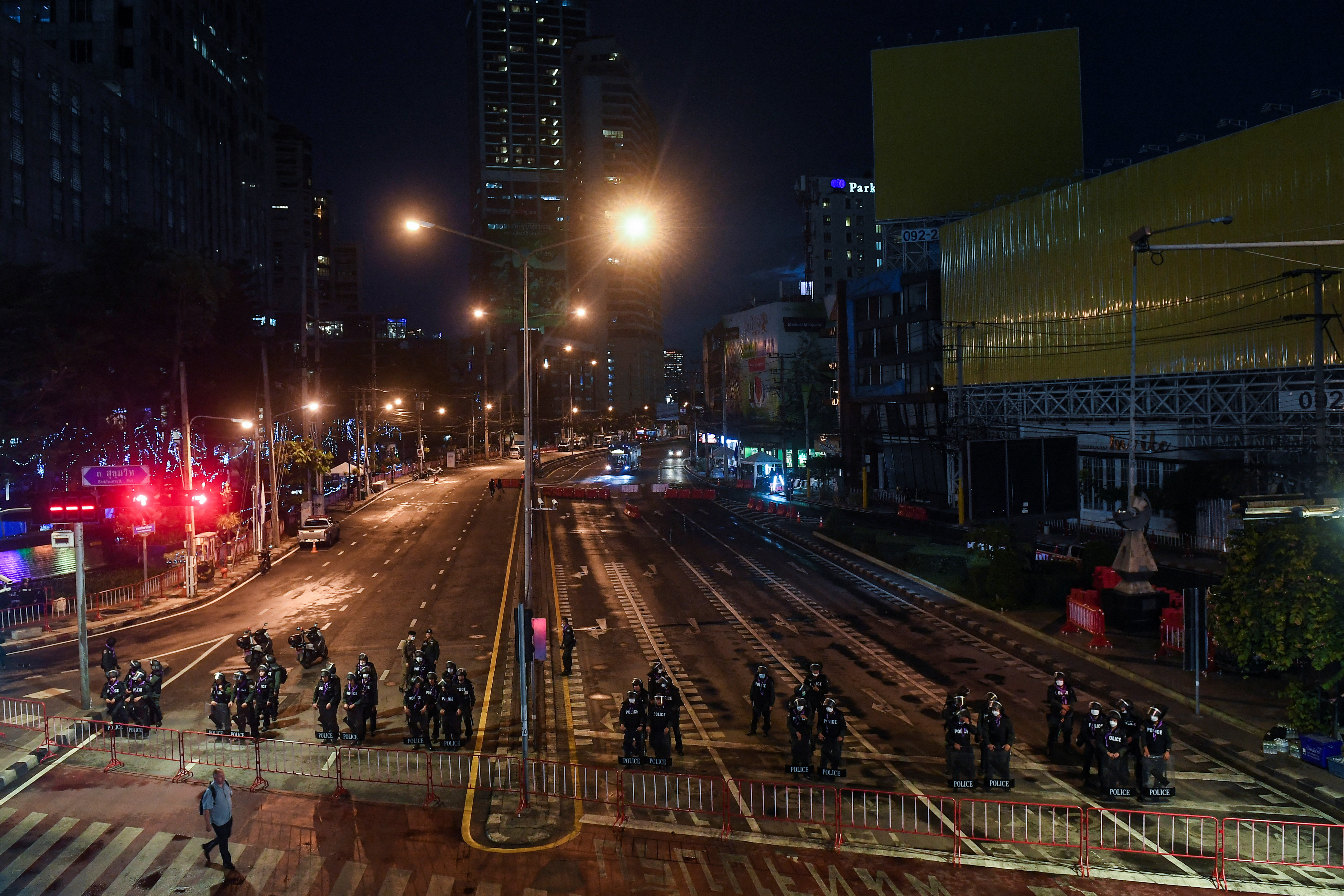 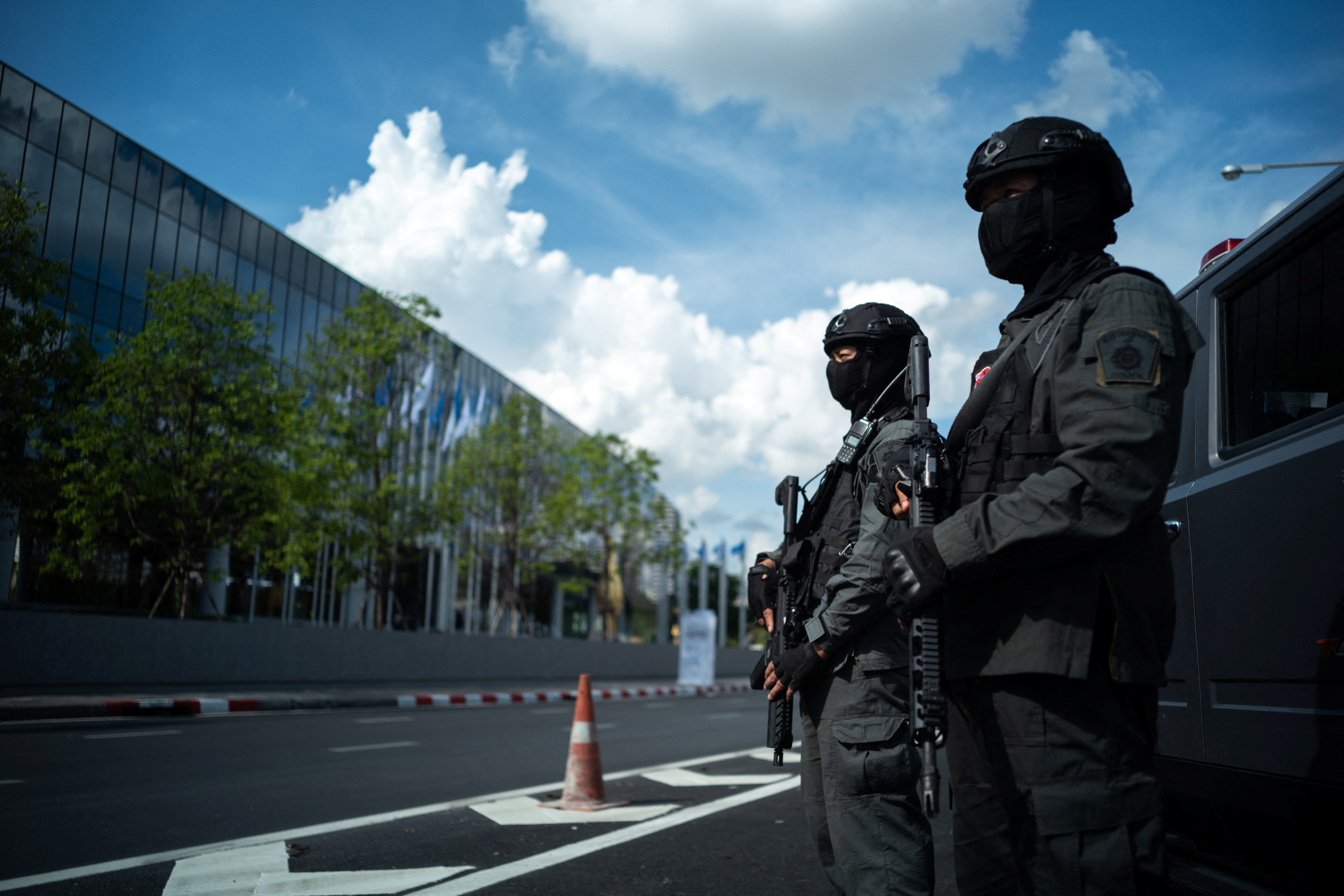 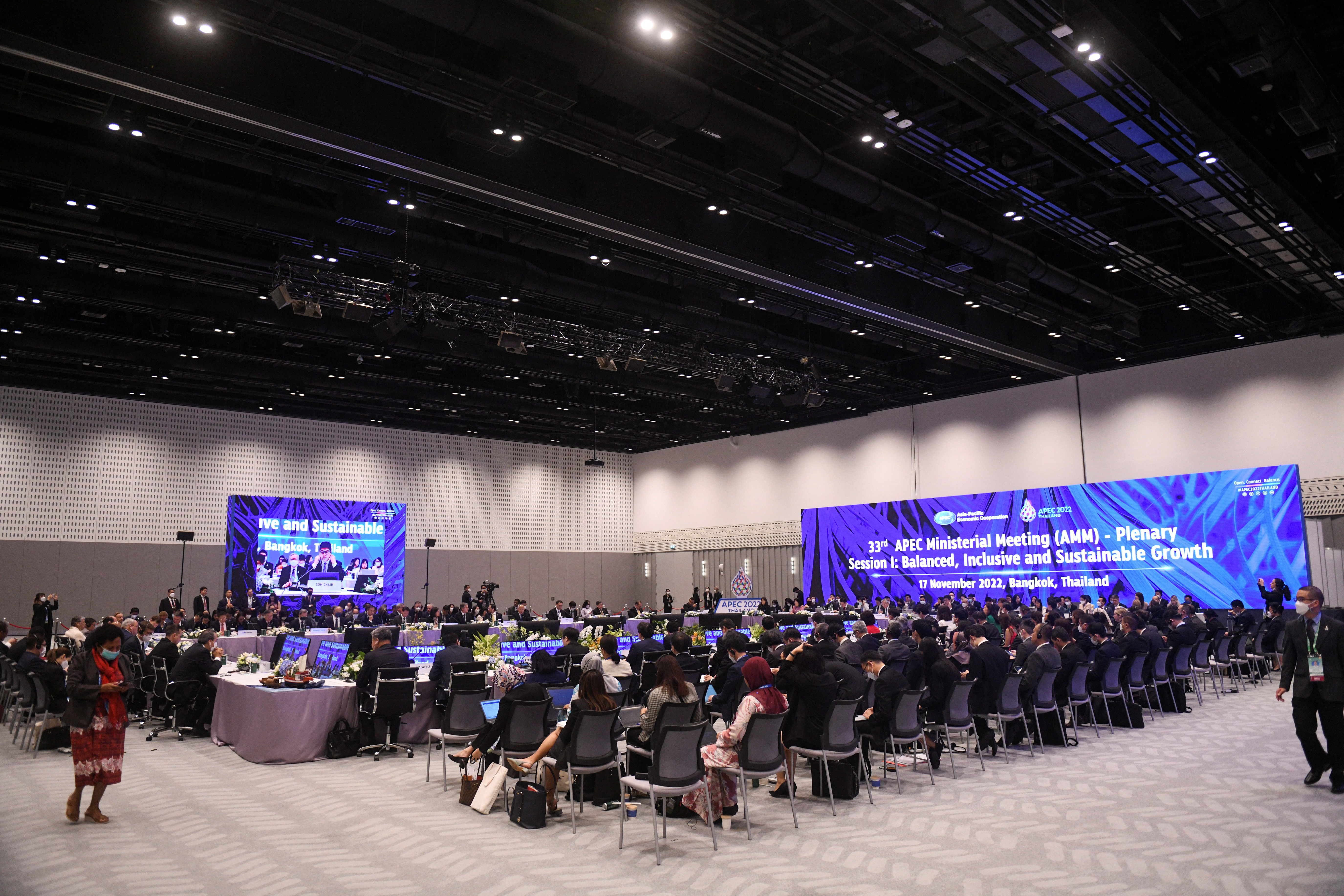