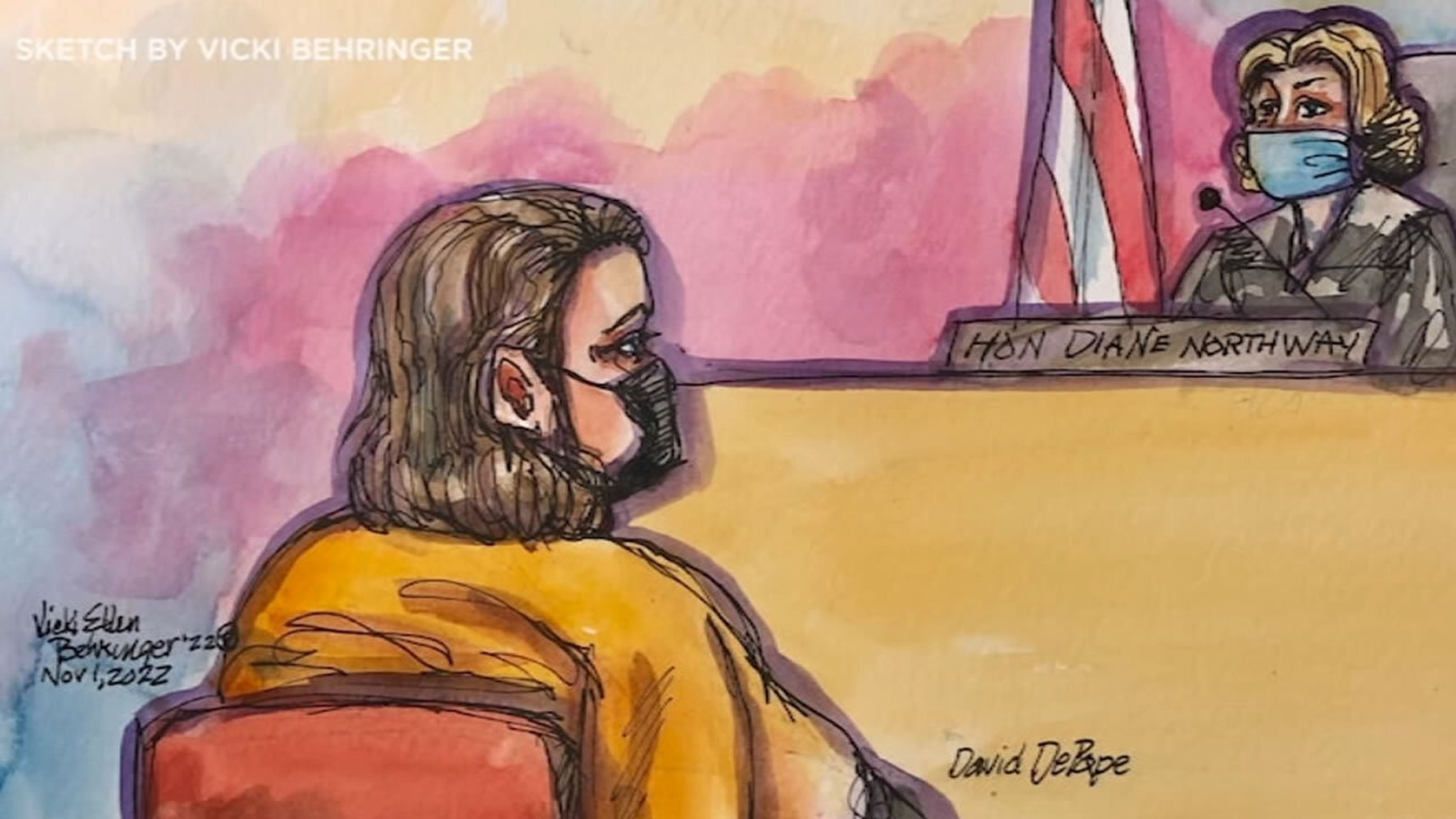 SAN FRANCISCO (KGO) — The man accused of breaking into House Speaker Nancy Pelosi’s home, beating her husband and seeking to kidnap her had allegedly said he was on a “suicide mission” and had plans to target other California and federal politicians, according to a Tuesday court filing.

David DePape was ordered held without bail during his arraignment Tuesday in San Francisco Superior Court. His public defender entered a not-guilty plea on his behalf. It was the first public appearance since the early Friday attack for DePape, a fringe activist drawn to conspiracy theories.

In court papers filed Tuesday, prosecutors detailed the attack in stark terms as part of their bid to keep DePape behind bars.

DePape allegedly said he had other targets, including a local professor as well as several prominent state and federal politicians – and members of their families.

“This case demands detention,” Jenkins wrote in the court filing. “Nothing less.”

The filing also said that Paul Pelosi was knocked unconscious by the hammer attack and woke up in a pool of his own blood.

Depape walked into the courtroom Tuesday with his right arm in a shoulder sling, having reportedly dislocated his shoulder in the attack at the Pelosi home. He only spoke to tell Judge Diane Northway how to pronounce his last name (dih-PAP’). The 42-year-old defendant is scheduled to return to court Friday.

After the hearing, Lipson said he looks forward to providing DePape with a “vigorous defense.” He also said he met DePape on Monday night for the first time and had not seen the police reports yet.

“Mr. DePape specifically targeted the Pelosi home to confront Speaker Pelosi,” said District Attorney Brooke Jenkins. “There was no security present and he was able to break the window to a glass door to gain entry into the home.”

According to the criminal complaint released Monday, Paul Pelosi was asleep when DePape entered his bedroom allegedly telling him to “wake up” and that he was looking for Nancy. “It was at some point after that Mr. Pelosi asked to go to the bathroom which is where he was able to call 911 from his cellphone.”

Police arrived on scene minutes after the 911 call to see the two men struggling for control over the hammer, according to the affidavit.

Officers asked, “What was going on?” DePape responded by saying “Everything is good.”

VIDEO: Who’s David DePape? What we know about suspect in attack on Nancy Pelosi’s husband at SF home

Investigators said officers told both men to drop the hammer before DePape allegedly gained control of it and swung it striking Pelosi on the head. The complaint indicated the Speaker’s husband appeared unconscious on the floor as DePape was detained.

According to the affidavit, Paul Pelosi told DePape “Nancy was not there,” but DePape responded by saying he would “sit and wait.” Pelosi persisted saying his wife wouldn’t be home for several days, but DePape still said: “he would wait.”

According to DePape, around that time he started taking out twist ties from his pocket with the intention of restraining Pelosi. He said the two kept talking, when Pelosi went to the bathroom to call 911.

“Two police officers arrived at the front door two minutes after that 911 call,” said Jenkins. “When that door was opened the defendant was holding his hammer.”

DePape told SFPD in a follow-up interview he was going to hold Nancy hostage and talk to her. He added he would only let her go “if she told the truth” and if she lied he was going to “break her kneecaps.” DePape later explained to investigators he believed she would lie and would have to be “wheeled into Congress which would show other members of Congress there were consequences to actions.”

“If half of what you read online about this individual is true, it’s someone that clearly has psychological issues that need to be addressed and considered by the defense team before they enter a plea in this case, and decide how they are going to approach the case,” says Clark.

He says the fact that there are already federal charges along with the state’s charges, says something.

“The Federal Government stepping in this early filing charges is somewhat unusual in what appears to be a state court case, but this is very much in response to the events of Jan. 6 because the Federal Government is now saying we are going to protect our members of Congress, and this kind of behavior is going to be prosecuted vigorously,” says Clark.

“It really hits very hard,” said Rep. Anna Eshoo. “There’s such disbelief to the viciousness of this.”

San Francisco Police recovered zip ties in Pelosi’s bedroom and in the hallway near the front door, according to the affidavit. A roll of tape, white rope, one hammer, gloves along with a journal was found in DePape’s backpack.

Investigators also found evidence DePape was living in the garage of a home on Shasta Street in Richmond for roughly two years before the attack. Among other things, investigators seized two hammers and a sword in that garage.

The ABC7 News I-Team confirmed Monday there is no Memorandum of Understanding (MOU) or formal agreement between SFPD and U.S. Capitol Police for security measures. Speaker Pelosi is provided a 24-hour protective detail from U.S. Capitol Police but that protection does not necessarily extend to the family. Chief Scott told ABC7 the department used to have a security detail at the Pelosi residence, but didn’t specify when that ended.

“We will be prosecuting this case to the highest extent of the law,” said Jenkins. “There is no place for violence in San Francisco or in politics.”

Elon Musk over the weekend tweeted, then deleted, a fringe website’s conspiracy theories to his millions of followers, as his purchase of Twitter has raised concerns that the social media platform would no longer seek to limit misinformation and hate speech.

Trump’s son, Donald Trump Jr., was among those making light of the attack on Paul Pelosi, tweeting out crude jokes about it.

Paul Pelosi remains hospitalized in San Francisco after undergoing surgery for a fractured skull and other injuries. Speaker Pelosi, who was in Washington, D.C., at the time of the attack, returned swiftly to California. Unlike presidents, congressional leaders have security protection for themselves, but not their families.

With nearly 10,000 threats against members of Congress in the last year, U.S. Capitol Police have advised lawmakers to take precautions. Chief Tom Manger, who leads the U.S. Capitol Police, has said the threat from lone-wolf attackers has been growing and the most significant threat the force is facing is the historically high number of threats against lawmakers, thousands more than just a few years before.

The beating of the speaker’s husband follows other attacks and threats. This summer, a man carrying a gun, a knife and zip ties was arrested near Justice Brett Kavanaugh’s house in Maryland after threatening to kill the justice. In 2017, Republican Rep. Steve Scalise was seriously injured when a Bernie Sanders supporter opened fire on Republicans at a congressional baseball game practice.

The Associated Press contributed to this article.

If you’re on the ABC7 News app, click here to watch live