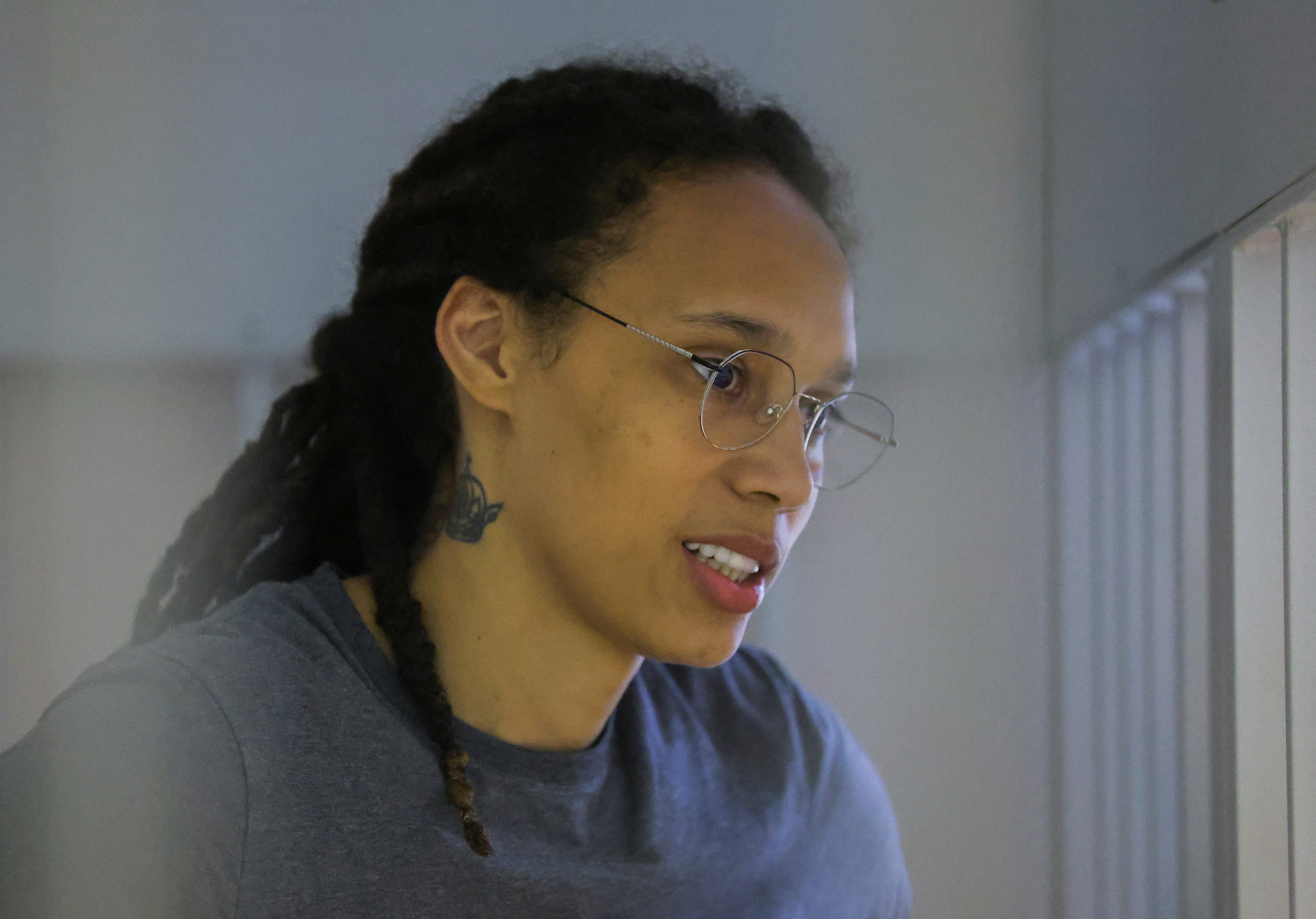 U.S. basketball player Brittney Griner, who was detained at Moscow’s Sheremetyevo airport and later charged with illegal possession of cannabis, stands inside a defendants’ cage during the reading of the court’s verdict in Khimki outside Moscow, Russia August 4, 2022. REUTERS/Evgenia Novozhenina/Pool/File Photo

U.S. basketball star Brittney Griner has been taken to a penal colony in the Russian region of Mordovia, her lawyers said in a statement on Thursday.

Reuters had earlier reported the transfer, citing a source familiar with the case. In August, Griner was sentenced to nine years on drugs charges following her arrest at a Moscow airport with vape cartridges containing cannabis oil.