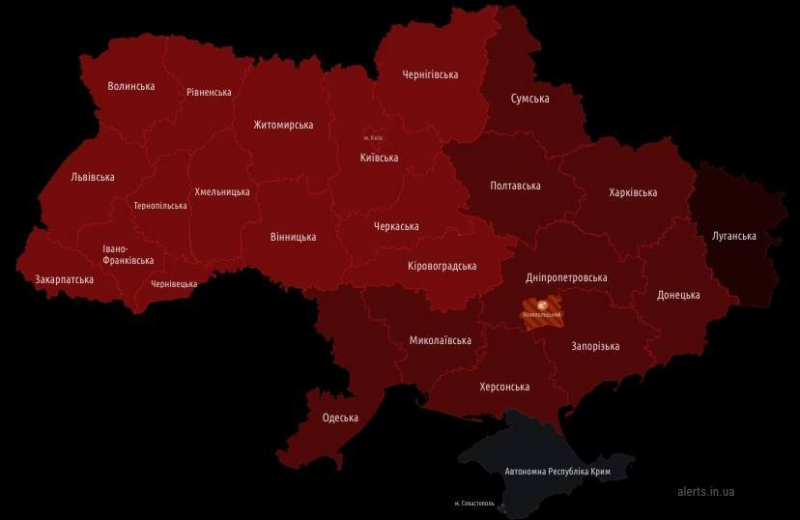 Air raid sirens are currently active across every region of Ukraine, with missiles reportedly having been fired from Russia on Thursday, Nov. 17.

According to the head of the military administration of the city of Odesa, Maksym Marchenko, a Russian missile has struck a local infrastructure facility. Marchenko posted the following message on Telegram:

“The enemy has carried out a missile strike on an infrastructure facility in our region. There is a threat of a massive missile strike throughout Ukraine. Stay in shelters.”

The Deputy Head of the office of the President of Ukraine Kyrylo Tymoshenko confirmed via Telegram that Russian missiles have struck at least two local infrastructure facilities in the city of Dnipro. He wrote the following:

“Russian terrorists have just attacked Dnipro city. Two infrastructure objects hit. According to preliminary data, one person has been injured. Rescuers are working on the site.”

Meanwhile, Ukraine’s air defense systems are kicking into action, with images surfacing on social media platforms apparently showing a missile being shot down over Kyiv Region.

“Two cruise missiles were shot down over Kyiv. Information about any casualties and damage is being clarified,” Kyiv regional officials announced.