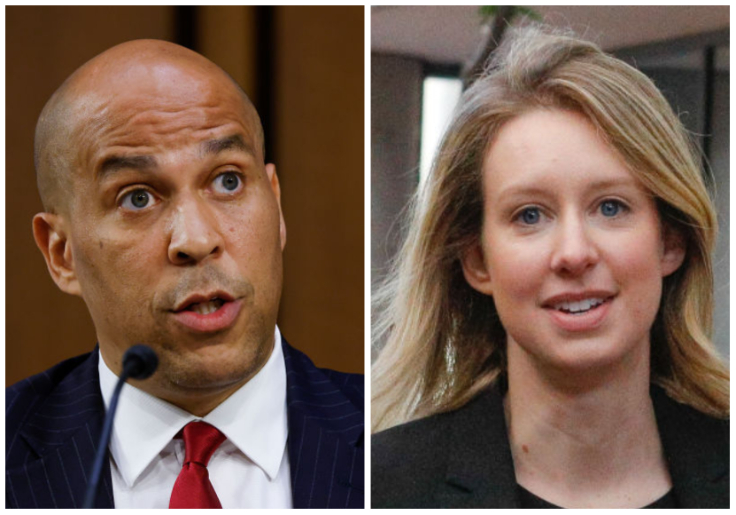 Holmes, who was convicted in January on four counts of defrauding investors and faces up to 20 years in prison, “has within her a sincere desire to help others” by fighting world hunger and climate change, Booker wrote in a letter to Judge Edward Davila. “I knew Ms. Holmes for about six years before charges were brought.”

Davila is expected to issue a sentence Friday for Holmes, who was found guilty of lying to investors about her company’s blood testing machines, which she falsely claimed could run multiple tests on a single drop of blood. Theranos was once valued at $9 billion.

Theranos made Holmes a favorite among Democrats and the Obama administration, which named her a Presidential Ambassador for Global Entrepreneurship. Then-vice president Joe Biden toured her Newark, Calif., facilities in 2015, praising the company for its “confidence.”

“Talk about being inspired,” Biden said at the event. “This is inspiration. It is amazing to me, Elizabeth, what you’ve been able to do.”