President Xi Jinping, conspicuously absent from the main stage of diplomacy during China’s COVID isolation, has been mostly smiles and handshakes on his return this week with a flurry of meetings that Beijing hopes will begin to mend frayed relations.

But in an exchange that went viral, a mask-less Xi was also captured on-camera giving Canadian Prime Minister Justin Trudeau a dressing-down at the Group of 20 (G20) summit over media leaks, apparently from their bilateral meeting a day previously. It was a rare, candid glimpse of the Chinese leader and a reminder of Beijing’s testy relations with the West.

China’s absence from face-to-face interactions during the pandemic has been costly, diplomats and other experts say, as ties with the United States and some Asian neighbours have badly deteriorated over a range of disputes.

With other leaders having so little recent access to top Chinese officials, Xi’s presence this week on the Indonesian island of Bali for the G20 followed by an APEC summit in Bangkok is magnified by its scarcity value.

The resumption of dialogue, including Xi’s first meeting with Joe Biden as U.S. president and the first direct talks with an Australian leader since 2016, is itself a positive, China-watchers said, even if it doesn’t immediately yield concrete results.

Leif-Eric Easley, a professor of international studies at Ewha University in Seoul, described Xi’s busy schedule as a “charm offensive” after China shut its borders for nearly three years and after Xi consolidated power last month by clinching a third term at the ruling Communist Party’s congress.

“The meetings are probably not enough to make progress on thorny economic and security issues but could prevent diplomatic relations from getting worse,” Easley said.

Xi’s week has been headlined by his three-hour session with Biden, which showed signs of a thaw in frosty bilateral relations and led to plans for U.S. Secretary of State Antony Blinken to visit Beijing early next year.

Daniel Russel, the top U.S. diplomat for East Asia under former President Barack Obama, said signs China might be willing to take preliminary steps toward cooperation on some global issues “should be treated as an experiment, not a done deal.”

And while Biden returned to Washington after the G20 and is to be represented at the APEC meeting by Vice President Kamala Harris, Xi is participating in both events, which are taking place in a region that China considers its backyard.

Ja Ian Chong, a political scientist at the National University of Singapore, said other leaders this week were trying to gauge the state of their China relationships, “especially now that the system is much less accessible and a lot more opaque than it was before.”

Xi was ferried around Bali in his own Hongqi (Red Flag) limousine – Mao Zedong used an earlier model – China’s version of the U.S. presidential “Beast” limo.

Unlike Biden, Xi even attended the G20 group dinner, after skipping the ceremonial meal during a September summit of a regional security group in central Asia that was his only other trip abroad during the COVID era.

For China, the outreach is an opportunity to retake initiative
in an increasingly heated competition for influence with the United States, whose assertiveness in the Pacific through its support for Taiwan and its AUKUS partnership with Australia and Britain has increasingly alarmed Beijing.

China is also squeezed by U.S. efforts to cut it off from advanced semiconductor technology, prompting Xi to speak out against “decoupling” and the politicisation of economic and trade issues with Prime Minister Mark Rutte of the Netherlands, home to chip equipment giant ASML.

“It’s in China’s interest to pick away at the United States’ partners as much as possible,” said Masafumi Iida, fellow at the National Institute for Defence Studies in Japan.

“That thinking shows in the way Xi has held summits with Australia’s Albanese and South Korea’s Yoon (Suk-yeol), in hopes to forge better relationships with them,” he said.

Returning to in-person diplomacy also gives Xi a platform to push Chinese initiatives that further cement its stature as leader of the emerging world. He made a plug for his Belt & Road Initiative in his session with Argentina’s Alberto Fernandez.

Domestically, where COVID outbreaks are resurgent and where Xi’s decade in power has been increasingly authoritarian, the week of summit meetings conveys global stature and a sense of normalcy, although coverage is limited mostly to state media.

Before COVID, Xi was an enthusiastic practitioner of in-person diplomacy as China expanded its presence on the world stage through initiatives such as Belt & Road, generating goodwill in particular among developing countries, whose leaders were honoured with a one-on-one meeting and photos with Xi.

Li Mingjiang, associate professor of international relations at Singapore’s S. Rajaratnam School of International Studies said perceived pressure in Beijing from Washington’s global assertiveness may have been “extra incentive” to hurry back.

“I think in the coming years you’ll see China indeed making a serious effort to implement its major power diplomacy,” he said. 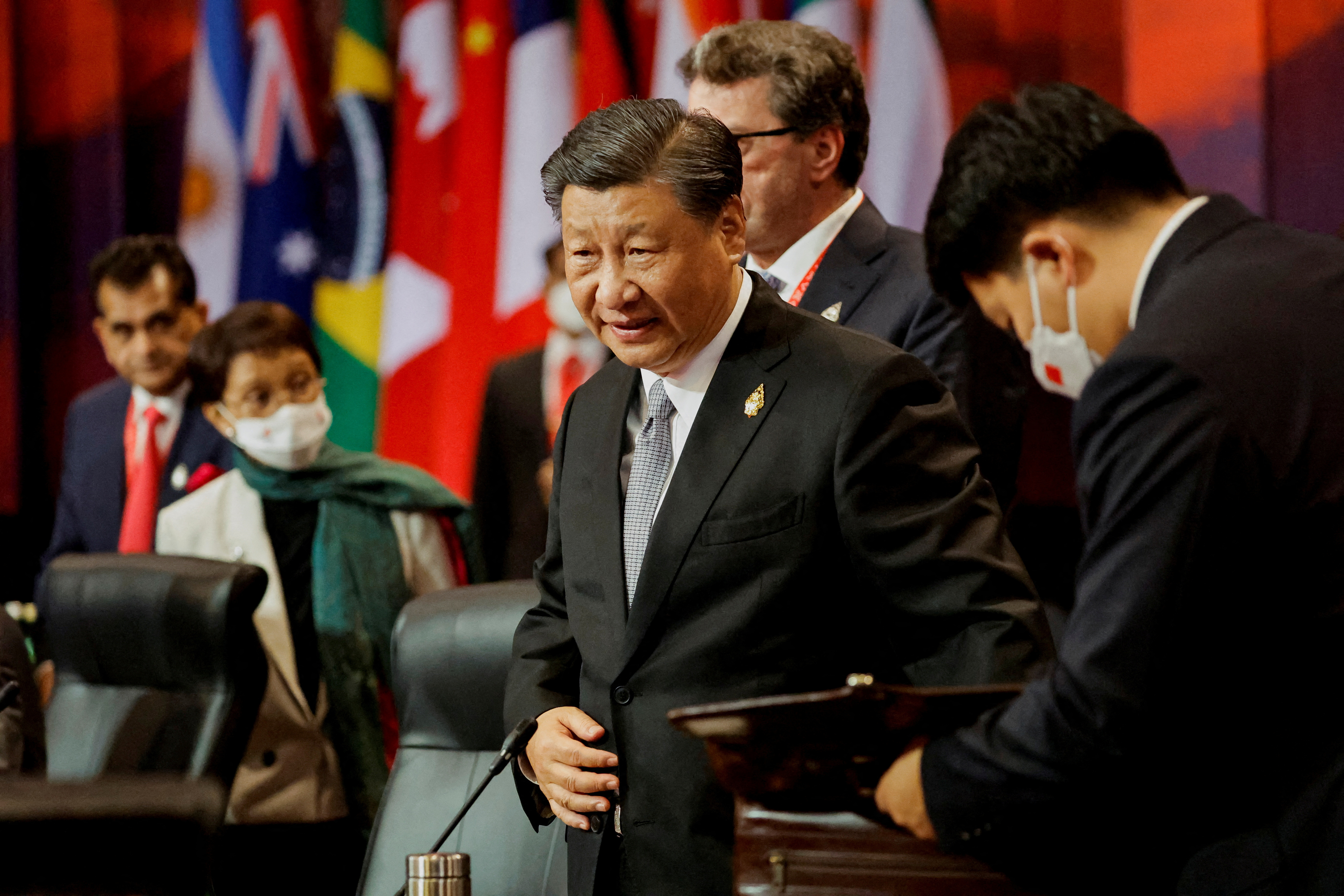 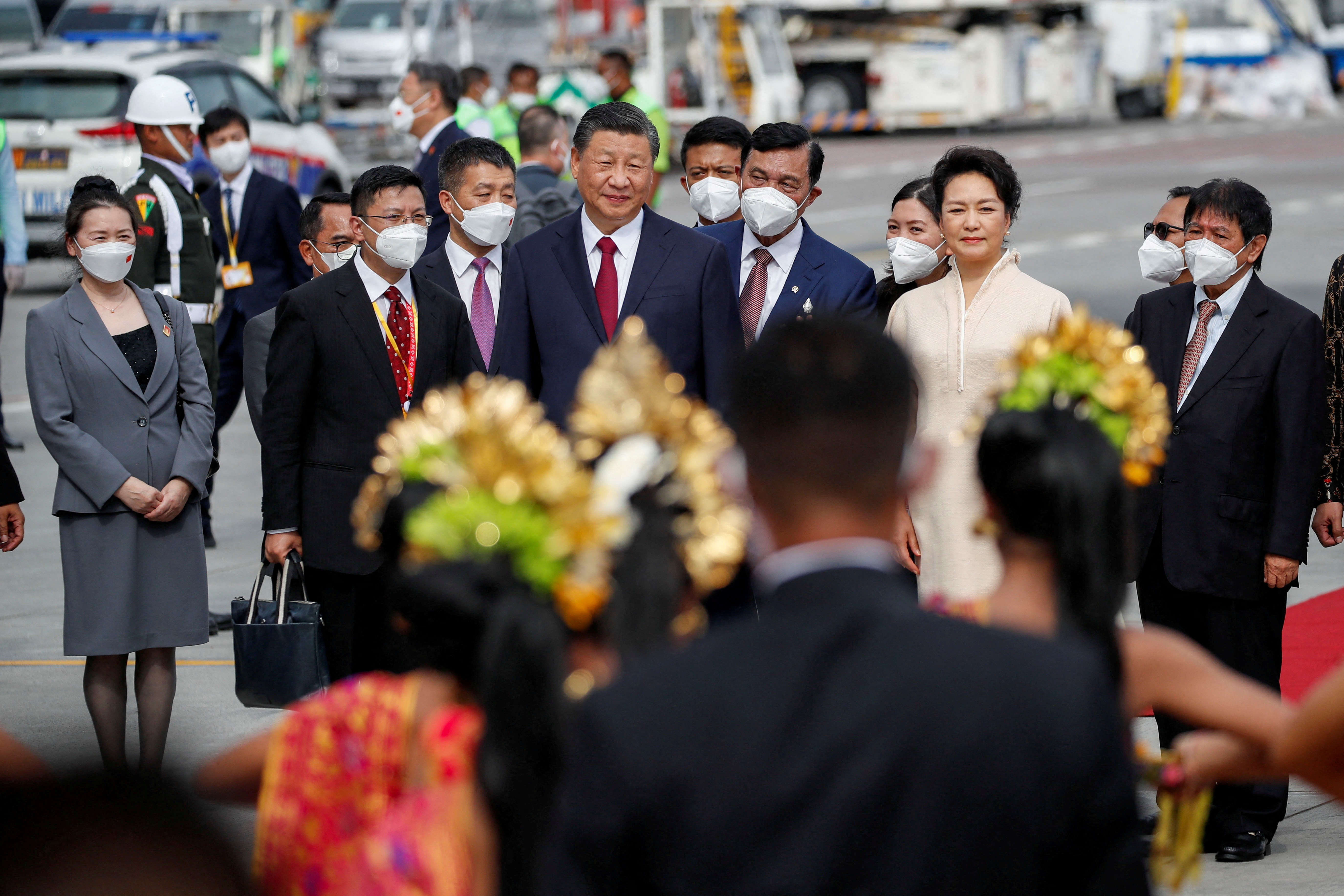