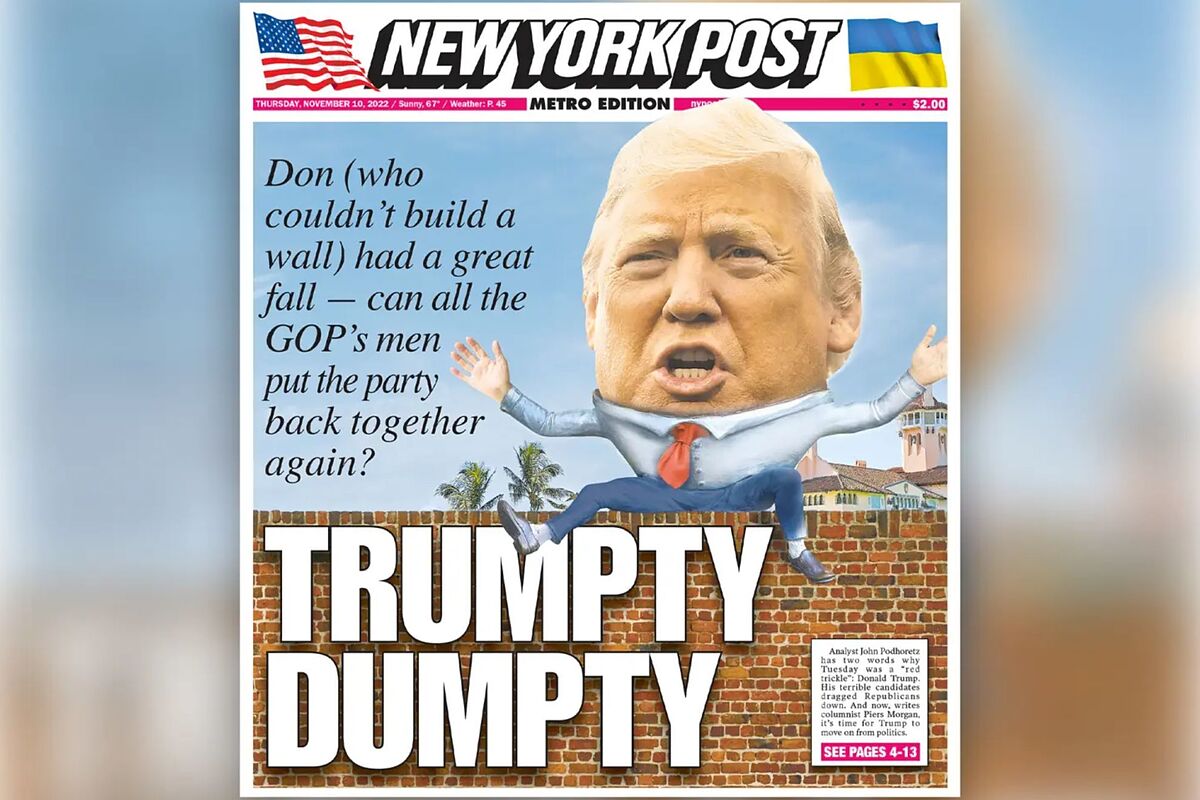 While the control of the United States House and Senate are still in the balance after the 2022 midterm elections, one thing is for certain: the ‘red wave’ Republicans were hoping for did not happen.

Now, the New York Post has found who to blame: Donald Trump. The former President of the United States, who lost his bid for reelection in 2020, endorsed over 300 Republican candidates across the country and the result has not been what Republicans have hoped for.

Donald Trump hints he will run for president in 2024

In an editorial piece called “Toxic Trump”, the right-leaning publication owned by Rupert Murdoch’s News Corp has not only greenlit a scathing editorial piece on the 45th President of the U.S., but also allowed it to grace its front cover.

The John Fetterman Senate victory in Pennsylvania over Trump-endorsed Mehmet Oz has stung the GOP, in particular, and writer John Podhoretz minces no words in attacking the former President: “What Tuesday night’s results suggest is that Trump is perhaps the most profound vote repellant in modern American history.”

Podhoretz continues by saying that with the exception of states where “a Republican corpse would have won”, an endorsement by Trump meant failure.

The fact that the New York Post is displaying this story on its front cover likely means a big change of direction in conservative media in the U.S., which has religiously backed Donald Trump ever since winning the GOP nomination in 2016.

News Corp also controls Fox News, the most influential right-leaning news network and this “Humpty Dumpty” cover story is a strong indicator that criticism of Trump will not only be allowed, but also promoted.