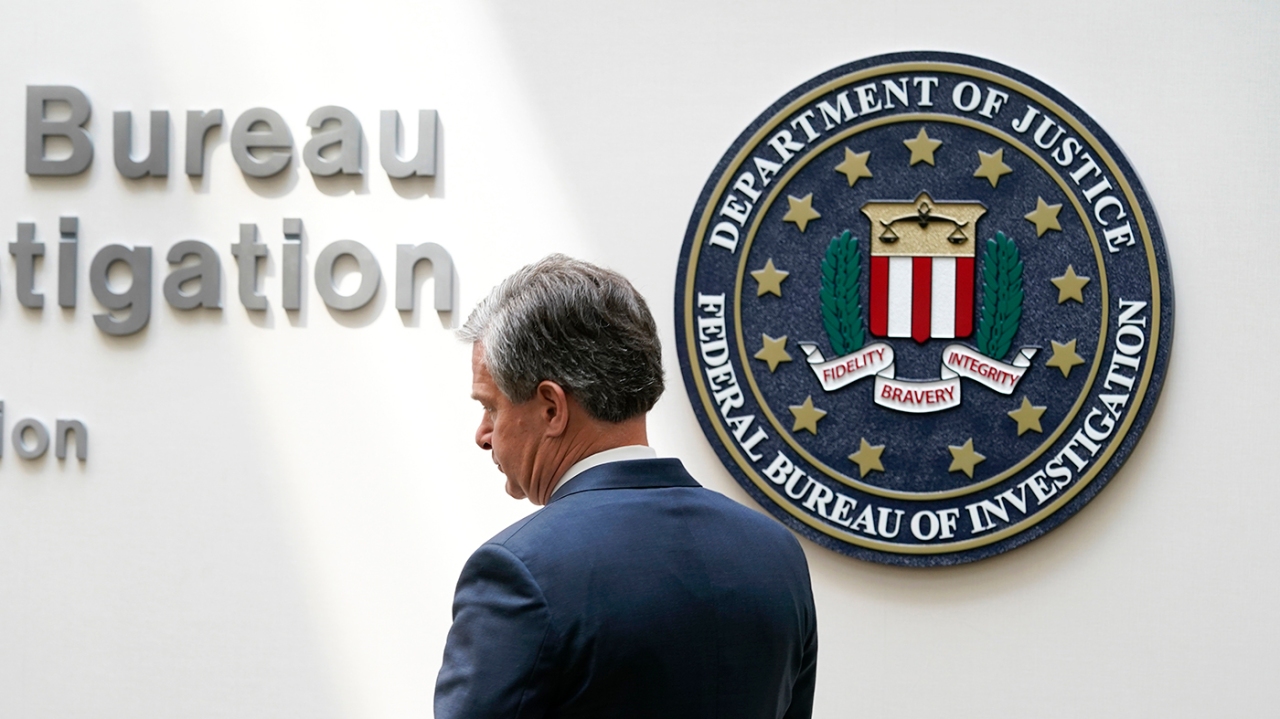 Current polls show a growing mistrust of the FBI among nearly half of America due to a spate of investigative activities that appear politically one-sided. Some pundits and politicians have piled on with invidious characterizations of the entire bureau as “fascist,” “Gestapo-like,” “thoroughly corrupt,” and a tool of the Democratic Party that should be completely disbanded.

While the hyperbole is not helpful, the public’s frustration is certainly understandable following disclosures by special counsel John Durham of abuses stemming from the Crossfire Hurricane investigation, the shocking search of a former Republican president’s home over a document dispute, the highly tactical home arrests of pro-life protesters and other conservatives, and the unjustified early morning search of journalists’ homes for the politically embarrassing diary of President Biden’s daughter — to name just a few.

A prominent over-rotation proposal fronted by some in the media and on Capitol Hill is the complete dissolution of the FBI and distribution of its mission to other federal law enforcement agencies. This is a feel-good sound bite, but it will never happen. It is irresponsible to feed it as a possibility to that half of the country that traditionally admired the FBI but now is deeply concerned. Here’s why.

Keep in mind that 99 percent of the FBI had no involvement in any of the troubling investigations and actions listed above. The majority go about their daily business working the kinds of cases we would want them to. If whistleblower and other anecdotal reporting is to be believed, there is significant concern among current and retired FBI agents that some in the bureau are unduly cooperating with abusive Department of Justice (DOJ) political agendas. The responsibility for the present erosion of trust in the FBI by millions in this country lies at the feet of a very few.

Second, parceling out the FBI’s investigative and intelligence jurisdictions to other agencies is immensely impractical. These agencies are small compared to the FBI, are single threaded in their missions, and would be years if not decades away from being able to absorb authorities with which they have no experience or training.

Some have suggested simply reconstituting the FBI under a different name. This makes no sense. Like it or not, the FBI is a brand cultivated over a century, generating deep cooperation domestically and around the world that helps solve tough cases and save lives. The FBI, because it’s the FBI, is still attractive to tens of thousands of good candidates for very few positions every year. Effective reforms that don’t blow up the positive effects of the FBI are possible.

What is clear is that some type of prudent reform mitigating concerns that the FBI can be manipulated politically is in order. A historical perspective may be useful.

Eighty percent of Americans were not born or are too young to remember the last time the FBI came under intense fire for politically motivated investigations that were found to be constitutionally out of bounds. These investigations came to a head in the 1960s and early ’70s under the Kennedy/Johnson/Nixon administrations. At that time, the executive branch launched intelligence investigations and operations with little constraint.

As a result, wiretaps ordered by the DOJ of Martin Luther King Jr. came to light, as well as surveillance and undercover penetration of anti-Vietnam War and civil rights protest groups.  Protections guaranteed by the First and Fourth Amendments were abused. And it wasn’t just the FBI that drew attention as it was revealed that the CIA was attempting sanctioned assassinations overseas, the National Security Agency (NSA) was routinely listening in on American conversations, and the IRS was casually sharing taxpayer records of perceived administration enemies.

In 1975, a bipartisan special Senate committee colloquially known as the “Church Committee” was formed and subsequently exposed all these adventurous executive branch excesses. Arising from that were a number of reforms ranging from presidential executive orders to the establishment of the Foreign Intelligence Surveillance Act (FISA) court and its protocols and, eventually, to the articulation and promulgation of Attorney General Guidelines that dictated the constitutionally safe thresholds the FBI needs to meet to start an investigation.

All of this was good because it led to measures that strengthened constitutional protections while preserving the positive native capabilities of key national security agencies. There was understandable public indignation and loss of trust at that time 50 years ago because of these exposed abuses, but prudent reforms reigned, and we were better for it as a nation.

Now, generations have passed, and the imperatives of those old reforms have seemingly turned evanescent. And so, further reform is necessary to curb a current executive branch that appears to be targeting political opposition with an inordinate forcefulness that insults and possibly violates constitutional protections. Refreshed reforms are now likely as power is poised to shift in Washington, but the FBI can get out ahead of some of this by unilaterally instituting a few basic new protocols designed to restore trust.

First, any high-profile investigation involving political campaigns, candidates and political figures should be subject to objective General Counsel review to ensure adequate predication required by the Attorney General Guidelines is clearly present in order to avoid another Crossfire Hurricane debacle. Contrary to Inspector General assertions, the Crossfire Hurricane case file articulated no basis for legitimate initiation required by the guidelines.

Second, FBI agents and analysts should be required to sign employment contracts agreeing to avoid politically charged or revealing statements on internal communications and social media platforms under penalty of discipline, to include dismissal. The public should have faith that the FBI is apolitical.

COVID is down, but far from out: It might be time for a booster shot How Wes Moore and Kari Lake could redefine America’s political future

Third, arrest and search plans involving politically sensitive suspects should undergo prior review by an independent entity within the FBI to ensure that the level of tactical response fits the violation and relative risk presented by the subject. Safety is important but so is a response strategy that doesn’t foster perceptions of heavy-handedness, if not extrajudicial punishment or “message sending.”

Kevin R. Brock is a former assistant director of intelligence for the FBI and principal deputy director of the National Counterterrorism Center (NCTC). He independently consults with private companies and public-safety agencies on strategic mission technologies.